Miguel doesn’t seem to be applying Sharp notes to non-damage heroes, regardless of thier skill power.
(On a different but not unrelated note, he also seems to be unable to recongnise complete stacks. He’ll attempt to apply healing notes to heroes who already have 3 of them if they’re of lower HP% than a hero who only has 2. I’m going to assume this also applies to the Sharp notes, but I’ve been unable to properly test this.)

On a different but not unrelated note, he also seems to be unable to recongnise complete stacks. He’ll attempt to apply healing notes to heroes who already have 3 of them if they’re of lower HP% than a hero who only has 2.

This is a good thing tbh, he keeps gaining energy instead of staying still like before

So, has Miguel become strong or useful at least?

His skills seem nice and as of now, he is the only one with 4 passive stat bonus from red skill. He is surely favoured by the dev…

Is there any mistake here? Even after completing the Nightmare before Christmas collection, we only get 296 token, while it takes 300 to buy the collection avatar?

How on earth can we unlock that one???

And 1 more thing, right now the mayor’s blue skill has no lv requirement. Is it gonna stay that way or will be changed like Shego’s in the past?

Am I the only one who has a bug with no acting characters after they revived? In my situation, Angel revives first time and then just staying. I even cannot use white skill by myself.

Winnie The Pooh is smaller after the update.

Adjusted the scale of Winnie the Pooh, Eeyore, and Tigger so they appear to be a smaller, more accurate size compared to other Heroes.

Verified, not an issue. Joy (and Allies) are keeping their buffs and are resistant to them being removed or stolen in the first 7 seconds of each wave.

They are still dying in 4 seconds so how it is fixed? 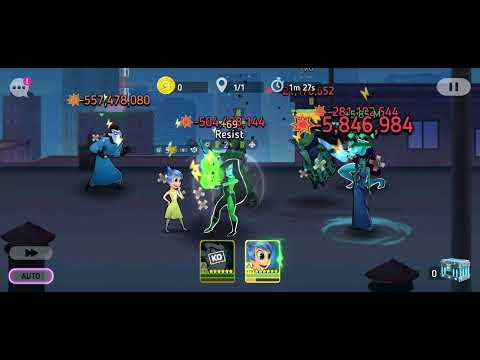 Definitely nothing is fixed…

All reflect, notes and other buffs were removed immediately.

How on earth can we unlock that one

Sadly none of these bugs with Miguel, Mayor and random other heroes are surprising - the only surprise will be if any of them, other than the revive bug actually ever get fixed.

Invasion powerups seem to be not working in fights/ending too early. For example the invincibility powerup only last the first 5 seconds of a battle. I’ll come back with screenshots if I figure out how to get them on my phone.

@Nugget In light of the video posted here, will Joy’s red skill be looked at again? Or should we just plan on it not always lasting 7 seconds of battle?

It seems to not work at all. I have used all the boost on one level and my Oogie Boogie got insta-killed by Ducky&Bunny’s white skill immediately which shouldn’t be possible because of invincibility and hex boost

There is something weird going on with start-of-battle timing; in addition to several comments already made in this thread that are apparently related, I just had a fight where the enemy Quackerjack’s Terror Teddy appeared on the screen while my team was still walking on, while Quackerjack himself didn’t appear until 2 or 3 seconds into the battle. 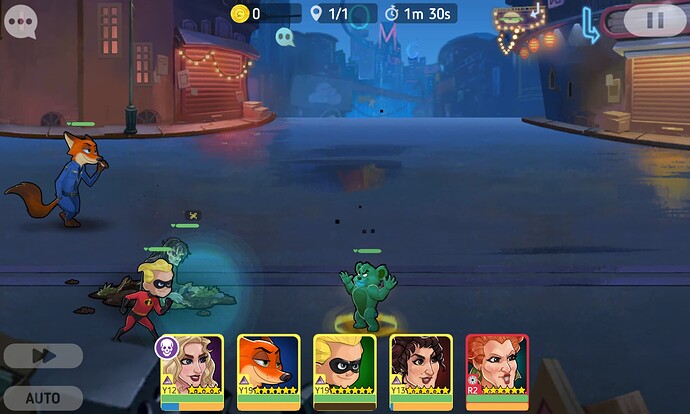 This is not an update, but one continuous bug. a huge number of heroes do not work spells. need a backup of the last build

In the first screenshot, Fozzie is supposed to revive but after he was KO’ed, he remained KO’ed without activating the skill.

Fozzie is supposed to revive but after he was KO’ed, he remained KO’ed without activating the skill.

If you scroll to the very top of this topic, you will see that it is already a known issue:

Heroes that revive from 0 HP or heal are getting KO’d but remain on the screen. We are working to resolve this.

Yes, this was announced in the Patch Notes that the characters will be scaled:

Adjusted the scale of Winnie the Pooh, Eeyore, and Tigger so they appear to be a smaller, more accurate size compared to other Heroes.

I don’t want to be rude, but maybe check the other topics first before posting stuff that is already posted

Powerups for the Scare Invasion aren’t being applied to The Mayor.

It doesn’t really matter since he has 100% chance of success on all skills regardless of power levels (a level 1, white rank, 1 star Mayor can debuff\shatter a level 1000 Mama Bot with no chance of failure). However, he has “scare” skill so based on the “Scare Invasion” rules, he should get the same power ups as other “scare” skilled heroes.

He needs blue skill…
So neither level 1.

Hate to tell you I told you so…

Guess we will see this in tomorrow’s patch notes: