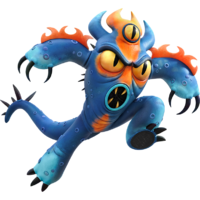 Fred is a back-line damage hero

Entrance: Fred falls into the battlefield

Victory: Fred takes off his mask, revealing his face, and gives a thumbs up. Here is how his face looks like: 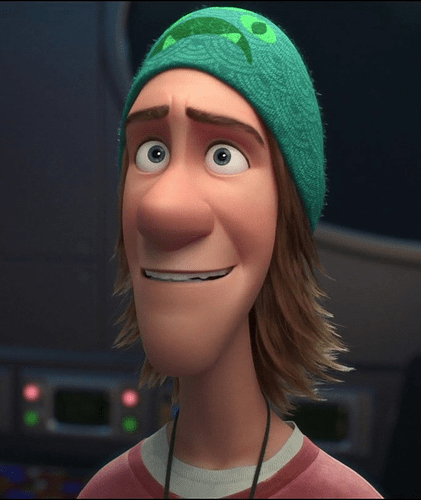 K.O.: Fred drops to his knees and falls forward

Normal Damage
Fred jumps to the center of all enemies, when he falls he simultaneously spins around and shoots fire, burning enemies for 6 seconds, dealing X damage per second

Normal Damage
Fred throws a strong sheet of metal like a frisbee, dealing X damage to all enemies, stunning them for 3 seconds.

Stun may fail against enemies above level X

Blinding is reduced against enemies above level Z

Fred can only use this skill when he can K.O. an enemy

Purple Skill: School Mascot
Whenever Fred or an ally falls below 50% HP, their attack speed is increased by 70% for 8 seconds

This can only happen once to each ally

May fail against allies above level X

I’m a little unsure about a decision I made about Fred’s role. What should his role really be?

He’s a damage guy can’t wait for him

It doesn’t make sense for “Fire Finale” to do True Damage, since it’s not an execution or vampire move. Fantastic would make the most sense for it. The white skill isn’t very unique, as it’s just Mr. Inc or Gaston with knockback/stun replaced by fire.

Some skills are the same. You just said. Mr. Incredible’s and Gaston’s White Skills are pretty similar

Well I can’t help it. I don’t work for PB and I’m only expressing my ideas. I don’t think of any active skills that do this. The closest one I can think of is Jack-Jack’s active but he hits a limited amount of enemies

Right because No-one else hits the entire enemy team…

It’s more unique than jumping, and the closest other skill is Jack-Jack’s white, which is still pretty different.