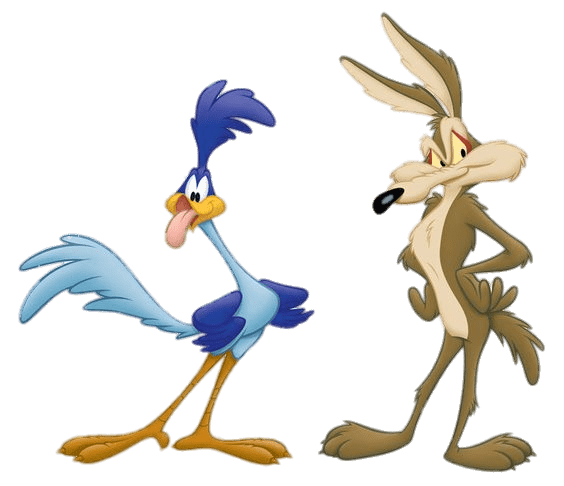 MEEP, MEEP! Wile E. Coyote, super genius, and the Roadrunner speed into battle, attacking each other while attack their enemies!
Quote: “Allow me to introduce myself. My name is Wile E. Coyote, genius.”

Design: the coyote is on the battlefield in his position alone, the roadrunner appears in skills.

Basic attack: wile e throws a stick of dynamite at his enemy

Defeat: a shadow appears over the coyote, as he looks up he sees a boulder falling over him, he holds up a sign that’s way a “bye”. When the boulder crushes him, the shockwave from the boulder deals 25% damage to the front most enemy

fantastic
The coyote presses a red button on a remote and a large anvil falls on the creeps dealing Y damage, stunting all creeps for 14 seconds.

normal
The coyote runs to the front most enemy a places a bowl with bird seed at their feet, he runs back to his position and the roadrunner starts to eat the seed, each peck heals the duo x, the roadrunner pecks 6 times. When the roadrunner is done it runs away and the coyote lunges holding a fork and hits an enemy instead of the roadrunner dealing x damage

Purple skill: lasso loss
The coyote lassos the roadrunner, the roadrunner runs around making the duo dodge all skills/disables/attacks for 12 seconds

Red skill: the fast & the furry - ous
When the coyote & roadrunner is attacked by a enemy, they reverse the damage that was dealt to them and double it every 10 seconds.

Damage reversal may fail against level 235

I am now taking concept requests, I will/can only do them if I know them (Ones who are most likely to be made are Disney, looney tunes, and Star Wars)