Role: Damage. Info: Cinderella is a princess that would rather go to the ball rather than do chores.
White skill: Mice riot: Cinderella calls her mice friends to damage all enemies dealing X fantastic damage and reducing their armor by X.

Green skill: Going to the Ball: At the start of each wave Cinderella rides her pumpkin kart , ramming enemies that it hits dealing X normal damage.
Blue skill: Bibbity Bobitty Boo! The first time Cinderella reaches 25% of her Max HP , her fairy godmother casts a spell on her giving her 75% movement and attack speed and X skill power for the rest of the battle.
Purple skill: The Glass Slipper: If Cinderella reaches 5% of her Max HP , her glass slipper appears in battle. Until her glass slipper is broken , Cinderella cannot be defeated. Cinderella’s Glass Slipper has X Max HP and while her slipper is in battle , Cinderella and her allies gain X skill power and X basic damage.
Red Skill: Midnight Strike: If Cinderella’s glass slipper from “The Glass Slipper breaks , she is healed by X HP , gains an extra Max HP , and gains invincibility that lasts 9 seconds. The invincibility is less effective if Cinderella is higher than level X.
Additional stat boosts:
X Max HP
X Armor
X Reality
Friendships:
Belle requires: level 190 and blue rank
Bo Peep requires: level 190 and blue rank 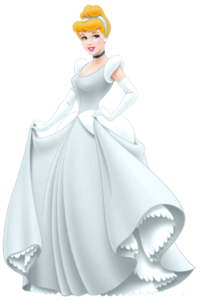 Which contest is this for?

There are two at the moment: spooky and shorts. This falls under neither of these categories.

Sorry about the 2 Cinderellas. It went out of hand.

I meant there are 2 concept contests going on at the moment. Cinderella belongs in neither.