Hello Disney community! Hero killer here from server 1 reporting on a recent crisis I have just ran into today dealing with one of my newly promoted officers who has kicked half of my guild on server 1 Directly after he was promoted. Most of you who are die hard disney players , knows leagueofvillains on server 1 or have at least seen me around in vip Knows that I promote my guild members based on activity/chat/helpfulness so when I came back online to check in I was distraught to see my pm flooded with messages from all over that realm that half of my guild was kicked by the player named “messy”. Everyone that knows server 1 knows that I am a very kind and caring guild leader so this Well planned cruel act was based on gaining fame. I want to thank every single player who has supported me today and throughout my very long disney career because without you and your love this would be a huge blow to my heart! I have multiple players from all kinds of guilds who have screenshot the offender bragging about this in vip chat and they will be posting ASAP. Once again tyvm everyone for the love and support!

I am so sorry this happened to you! I hope things improve and those that were in your guild that were wrongfully kicked are able to join back in.

Sorry that happened, hopefully the player is taken care of. That behavior clearly violates the spirit of the game. I hope your members understand and come back.

I knew them for months of chat. I am a leader who gets to know each and every guild member , so when it comes down to promoting I am particular on who I trust. This was the very first time in 2+ years that anything like this has ever happened. There was a lesson yes. But there is no way to tell if anyone online is putting on a front. He was in our guild for a long time and everyone got to know him and we all trusted him at one point. Con men are real and dangerous. I have been an admin and co owner on a lot of games So I know it is very hard to weed out truly bad people. This was to expose said so player. 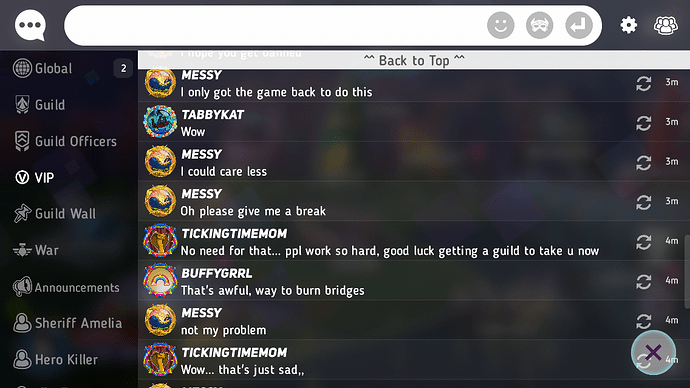 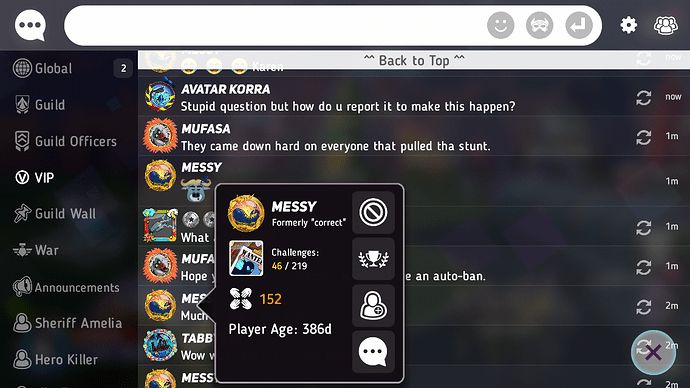 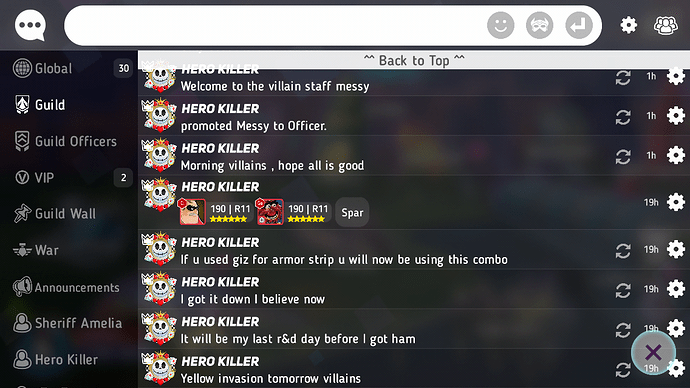 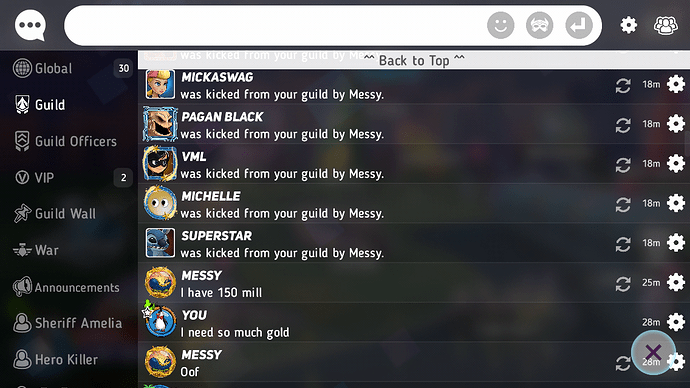 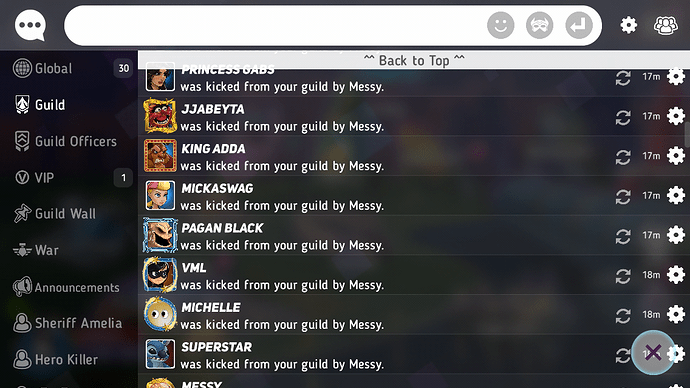 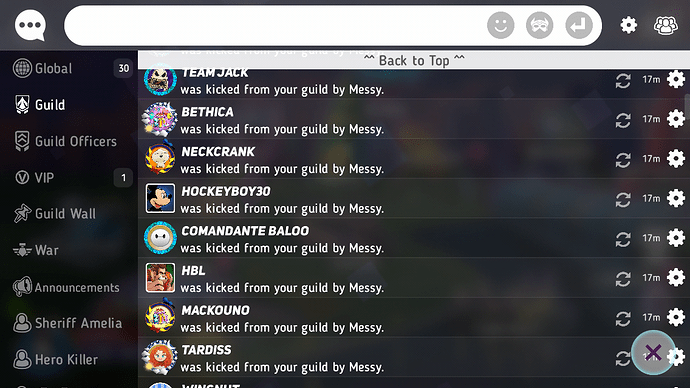 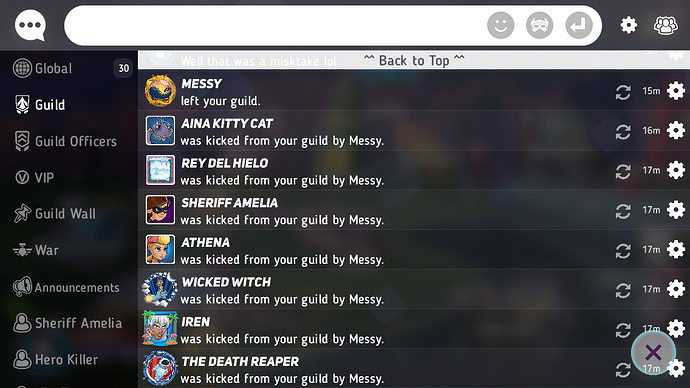 But why they kicked so many?
I think it’s a serious action.
Messy did this will get suspended

He said, “I only got the game back to do this.” So, he was away for a long while?

I would not be surprised if this person did not like those people and specifically kicked them.

The fact that you get to know these people and are clearly an amazing guild leader from the screenshots, you did not deserve that.

It was their guildmates, not them.

I know him as ‘Marshman’ before he quit for a while, he changed his name to ‘correct’ and later to ‘Messy’ after he came back to play again. I scouted him to join my guild before he joined yours.

@Polaris I think you and your team should have a look into this.

I hope your guild is doing fine. Did you kick him out? Maybe that’s an easy solution, isn’t it?
Also, u can block the player from messaging and maybe change your settings so he can’t come back in. I hope these suggestions are useful. Have a nice day!

Yeah. So nobody deserved what happened.

If you didn’t already, please send in a support ticket with all the details. Guild sabotage is not tolerated. 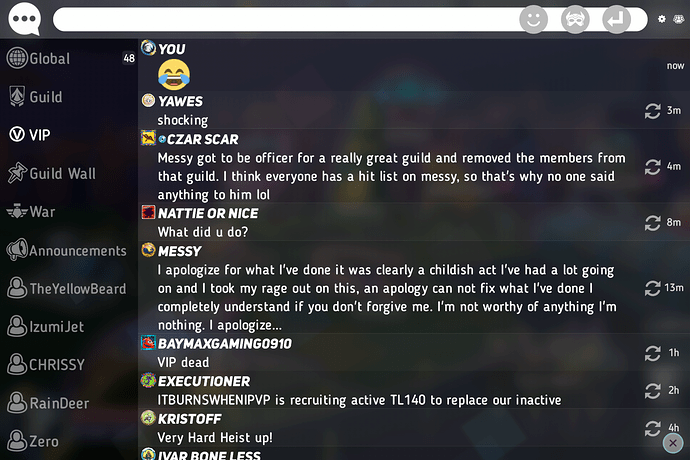 His name is Eddie.

Will submit my ticket today , tyvm Polaris! With recruiting becoming more difficult now a days it will be hard to rebuild. I have such great Loyal people in my guild and I need this player brought to justice so that this will never happen again To not only me and my guild family but for potential guild that could fall under attack by this offender.