Does this work like a passive or is it only activated after he revives?

It always works. It’s a passive

Then why on earth don’t they specify this like every other passive skill by putting “PASSIVE:” before it?

Because purples are always passives. Except revives like Judy, Hades and Randall himself. But the secondary effect is a passive

If this is the case, then it should be written before the revive description not after it. @Polaris why not just put PASSIVE: before the statement to keep things clear?

I’d have thought it’s fairly clear? His purple skill has no damage dealing specified, so wouldn’t one think - “200% more damage of what?” and conclude that it’s a passive buff to all his damage

Even if so for clearifaction it would be better to have
Passive:
Active:
On hit:
Etc…

We’re not in preschool. Purple skills are always passive skills, simple.
Passive is only show in some white skills if heroes doesn’t deal damage or basic attack isn’t regular because of other factors.

But on second side, PB mades for us such things… 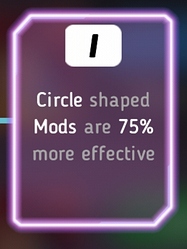 @Pipsqueak the issue for me is that it states he revives and then it adds “Also, he does 200% damage…”. The way it is written is ambiguous. It can mean that this passive only works after he revived. If it were written:

"Randall does 200% damage against scared enemies.

When Randall reaches 0 HP, he revives…"

It’s simple, really. Just state the damage before the revival in seperate paragraphs and be gone with it.

I’m not in preschool, Musketeer. Although I’m not a native speaker, I have a PhD in Molecular Biophysics. I read scientific papers every day and I know very well when something is clear and when it is not. Regardless of all purple skills being passives, which is something I found out here instead of reading in the game, it is fair to say the statement regarding the damage increase is ambiguous.

I’m not in preschool, Musketeer. Although I’m not a native speaker, I have a PhD in Molecular Biophysics. I read scientific papers every day and I know very well when something is clear and when it is not

I never said anything about this

then they are in preschool?

What they are saying is that the fact is common knowledge.

What they are saying is that the fact is common knowledge.

Yeah, Filadae. I got that. However, the point of my post was not trying to find out if something is common knowledge or not. The point was the description was ambiguous when one reads it. Preschool children don’t know how to read, so Musketeer’s comment was misplaced.

It’s all good, guys. You’ve all helped me and I now understand the game better. Thanks for the discussion!

We’re not in preschool.

So why do you said that.
So now many people know purple skill are passive, but don’t use preschool, it’s rude

Why would a preschooler even play this game!? It’s meant for big boys and girls!

Preschool person can’t play this, the are not qualified

Don’t take this as literal…