Face of a man, body of a lion, and a tail of a scorpion 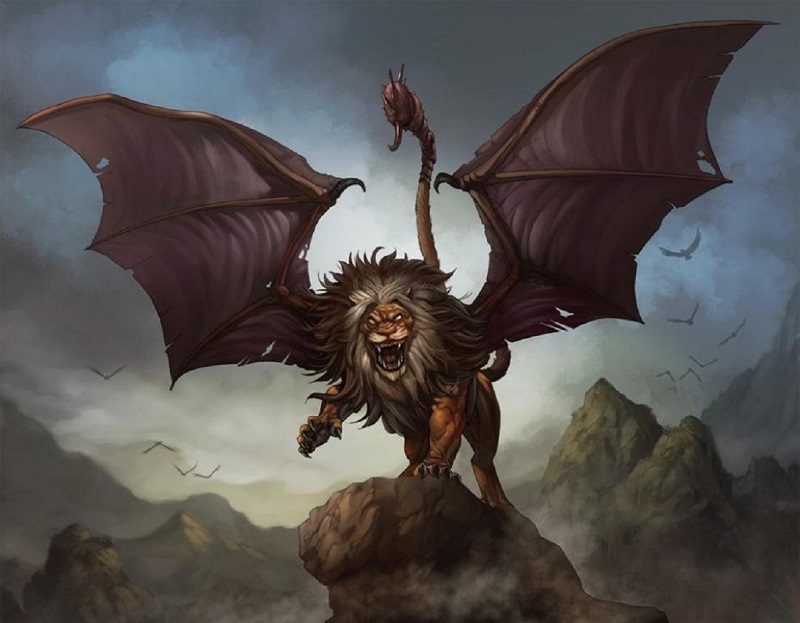 Bio: The manticore may look like some other lions from Africa, but this one is even more dangerous than them.

Basic attack: Scratch the enemies with its claws.

White skill, Sting it: The manticore shoots out four spikes from its tail to the enemies, causing damage over time for 8 seconds.

Green skill, Bite of a lion(

): The manticore bites the closest enemies with its needle like teeth, dealing X damage.

Blue skill, Sounds of what?: Manticore makes a voice sounds like a flute blown together with a trumpet, charming two enemies.

Entrance: Prowls into it position

My first mythology concept. You thought that it was from Onward, didn’t you? Yeah, sorry about that. From the concept that I made about this creature was that I was formerly suppose to add a defeat animation of manticore similar to Scar, but I then realize that it would not make sense if I add that. Anyway, I hope you enjoy it.

Yes I did enjoy the concept great work