Hackers in the game

I quit the game because of hackers. I know that there will be others in the future that will, because the game has already become a hack-free style. I leave the link at the end where the evidence of what I say is. They told me that if I published something related to hacks in the forum they would ban me instead of them, in short, the demonstration that they are useless in decision making. There is a new reliable game that is gaining popularity and showing future. Disney mirrorverse, I will invest money and time in this viable game. Good luck to all who decide to continue with the battle mode. (I recommend that you search for the hack and do the same as dr genki and tumtum, which are explained in the link) Sorry if the translation is bad, Google did it hahaha

Currently, PB is not online on weekends. They will be back on Monday and support you

Thanks, but the only ones who can help are those who are in charge of the game, and that is by banning those who cheat in the game. And they don’t. I’m one of the 100 strongest on server 25, and it’s no use. Because others appear being low levels without power, with the hack of character boosters and they defeat me in arena, coliseum, war like nothing.
The game is very good, but it is already being ruined unfortunately. He just wanted to make this known, I already uninstalled the game and I’m not going to play it again, at least until they fix it.

I can understand your frustration in obvious cheaters being allowed to continue unhindered for at least a month; I can even understand quitting the game over this issue. Obviously it should take some time to look into the actions of the accused cheater, but it seems like that should not take more than a week or so; for this to be going on over a month is troubling.

However, urging others to use that same hack to cheat as well goes too far, and I suspect will be enough to get you banned from the forum. Not that you’re likely to care about that punishment, obviously.

The goal is to let everyone know that hacks can be used, hoping that the developers or the people who are in charge of the game feel a little scared and act ending
with this. The most famous cheater was revealed at level 130, in May I reported him! I have the support email. Now it’s 230. Everyone already knows him, and some inside the game started following him.
My complaint is to improve the game, not to ruin it. In fact, it’s going bankrupt, at least on server 25, which is the new one.

What’s the point of investing money or time in game resources if you can cheat without punishment?
Imagine, you fight anyone with any team and you win. It makes no sense, it misses the point of the game which is to have fun through complex competition.

Also have a account on server 25 and have reported it and still nothing. This person is still allowed to cheat on the game

Last time I reported was last screenshot and today still nothing

I feel you, it happened to me quite a number of times.It’s very demoralising to be defeated by someone weaker than you.
I worked hard to upgrade my heroes,but in the end I got defeated by someone cheating
I’ve got some info about this issue from Numi through Discord though
Apparently they use a software called “Game Guardian” which boots the stats of heroes(Don’t use it btw)
So yeah I really hope PB can solve this issue.It won’t be easy since it’s a third-party software,but I’m hoping for the best
And yes,I already reported these people to Support.Unfortunately,I don’t see any change.Very irritating

Similar note, someone has hacked into Samba’s account and is actively sabotaging it.
Selling mods, wasting stored stamina, obliterating arena defense, that sort of thing.

And whoever it is has been doing so for days now.

Game is crushing. They dont even reply on mail. I m banned for no evidence and still waiting. Many people stop to play. Let s check new game

I am on this train. Ban all the cheaters, they ruin others’ fun. I’ve encountered suspicious activity myself but not as greedy as in your screenshots. I guess some cheaters are just too careless and shameless. It would be a pity to let them go.

P.S. I used to think that battles and heroes happen on the server side and cannot be influenced but I guess I was wrong.

I already left the game. It is not worth investing money, much less time. Just look for the program, which is already becoming more popular and cheat. They are allowed, more and more are doing it without problem. They defeat good compositions of yellow teams with the last levels, with simple reds7 at most, armed without strategy and level less than 200. Today I counted 3 different individuals. I don’t know about other servers, but 25 is broken. Good luck to everyone.

I also saw 2 billion power BLUE Quorra… which is not possible it was posted in chat and whole Y16 teams lost against her… So that’s obviously cheating!

And no: that was not in invasion!

Any comments on this thread @Loutre @Nugget

I have zoomed to max and discovered… 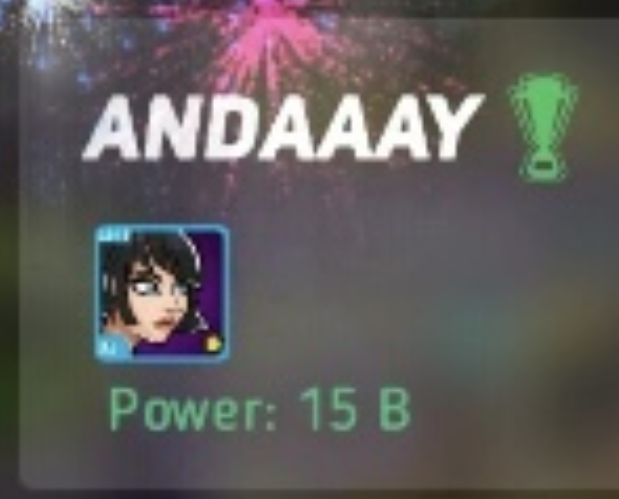 We do have ways to detect hackers and it gives warnings/suspensions. I’ve poked the team to make sure it’s working as intended, but it’s also possible that the person was given a warning first and if they continue then they get suspended so you may not see someone suspended immediately.

I know some might disagree, but I’d be giving an instant ban to any account that is 100% confirmed to be using hacking tools

I know that successful automated anti-cheat is one of the most difficult things to develop in all of gaming, though, some AAA companies spend millions on it and still have their games cracked within days. I don’t think the issue will ever go away, just have to keep swinging the ban hammer

I know some might disagree, but I’d be giving an instant ban to any account that is 100% confirmed to be using hacking tools

Normally I’m all for being cautious and giving people a second chance, but in this case I agree. At the very least, I’d make it a two-week suspension for cases where there’s no doubt, with second offenses getting a permanent ban. If the punishment isn’t swift and severe enough, too many people will decide that it’s worth the risk, and we’ll wind up with level 2000 Yaxes (Yaxen?) wiping out top-tier war teams.

Warning? I mean… i would give someone a chance and a warning when he violtated the TOS by mistake. But something like this MUST be banned immedialty so they cant have even a chance to experimentate with such things! That what we see here is intentional and we all know why this one is doing it…

No warning for such things , it should be immediate ban and fix the hacked ports and codes
Why the f. we spend money on hacked game then?

Why the f. we spend money on hacked game then?

Not dishonesting the topic, but this smells like a bit of cost fallacy.