Since hitting the wait list of My Hero Academia Season 4, I decided to make these concepts. Been toying with them alot, and ready to bring them out.

In case you were wondering, All Might will be excluded due to his condition by the end of season 4.

Other than him, this will include some of the pro heroes, so no students. Enjoy. 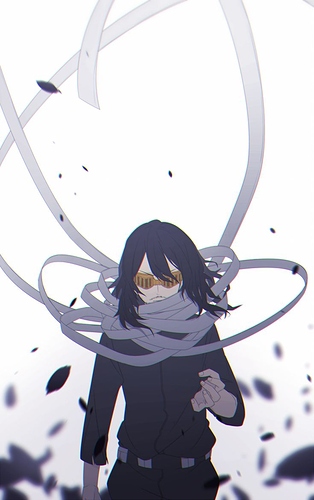 Eraser Head, has the ability to temporarily erase quirks, works just as well on creeps as it does on villains…or students.

"There’s nothing crueler than letting a dream end midway. "

Eraser Head interrupts all enemies’ abilities, removes all self buffs, and silences them as his energy depletes. All silenced enemies are studied for the duration of the silence.

Enemies above lvl Y have a chance to avoid the study.

This skill is channeled.

Eraser Head uses his straps to wrap an enemy, stunning them for five seconds. He then pulls the enemy to himself and deals X normal damage.

Eraser Head drips some water into his eyes through an eye dropper, gaining 100 energy, and 10% energy conservation.

Eraser head can now activate his green and blue skills while channeling his white skill.

Disk Power 2: Enemies cannot turn invisible while Eraser Head is on the battlefield.

+300 Starting energy, +10 energy whenever dealing damaged to a silenced enemy. 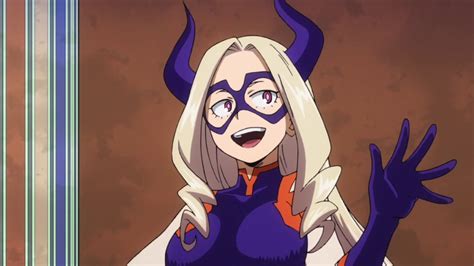 Mt. Lady’s quirk allows her to grow enormous, which she can use to crush creeps.

“Today’s my debut! Pleased to meet you all! You can call me Mt. Lady!”

Mt. Lady grows to her giant form and Leaps among the enemies, stunning them for 3 seconds and dealing X normal damage.

While large, she has different skills she will use, and her basic attack has a 30% chance to stun an enemy for 3 seconds.

This skill is channeled.

Mt. Lady strikes a pose, charming the two closest enemies for 7 seconds. While charmed, the enemies deal X more damage and Mt. Lady gains all the energy they would gain.

Mt. Lady reaches down and picks up an enemy, stunning them for 8 seconds and making them untargetable. After 8 seconds, she puts them back down dealing X normal damage. This character cannot gain energy while being held.

Mt. Lady. Slams her foot on the ground, dealing X normal damage to all enemies and breaking all shields.

If Mt. Lady is KO’d in her enormous form, she falls dealing X Normal damage to all enemies and stunning them for 5 seconds.

Whenever Mt. Lady finishes channeling her white skill, she gains 3 seconds of invincibility.

(To be continued later.)

Let me know what you think, and who else you think would be compatible with this game.