Errors in the code must be purged!
We know that hero bugs are annoying and can ruin a battle. I often see people complain about ‘the so and so bug’ and don’t have enough to go on to track it down. So, put on your detective hat!
Tell us about the most annoying hero bug you’ve encountered. But, in order to get this into the hands of the engineers to fix I’ll need details.

When I use my Qourra, she sometimes wont do here special entrance in all game modes

Tell us about the most annoying hero bug you’ve encountered.

What mode does this happen in?

All modes, except the Honey Lemon one

What lineups are involved (your team and the other team)?

I remember, for the Ian/Mulan one, that the three backliners were Ian, Tron and I seem T&P, and I seem the other hero was Goliath (no he didn’t block the rocket as it still hit Rapunzel).

Does it happen every time or just sometimes?

Most of them happen every time. Then there are more occasional ones that involve heroes that stop targeting specific heroes (that Gaston in war for example…), or that involve something staying off screen, like Davy’s chest.

Not so much a bug as it is an oversight, but Kronk is terrible in attacking lineups because when he gets down to the last enemy, he repeatedly uses the trapdoor, often making the player lose to timeouts.

Could something like Lock, Shock, and Barrel’s red skill be added or make it to where he will have some time between uses when it comes down to the last enemy?

In pvp in general, Fear’s white skill doesn’t stun the enemies when attacking.

Are you sure it isn’t something to do with hardy or evasion?

It does stun in my case.

Me to it’s probably a glitch

At Mr.Big and Baloo’s friend campaign
Mr.Big freezes the enemy for over 50 seconds and can’t KO the enermy. 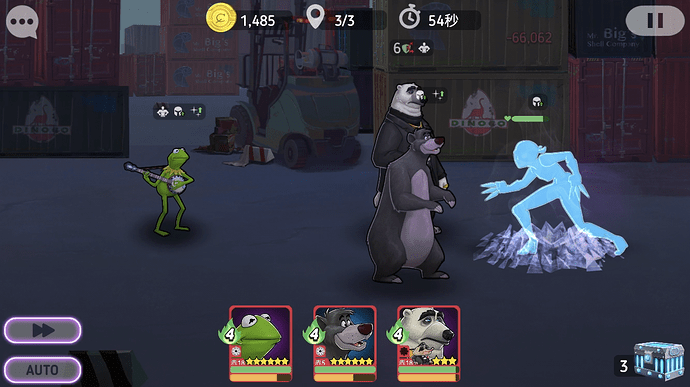 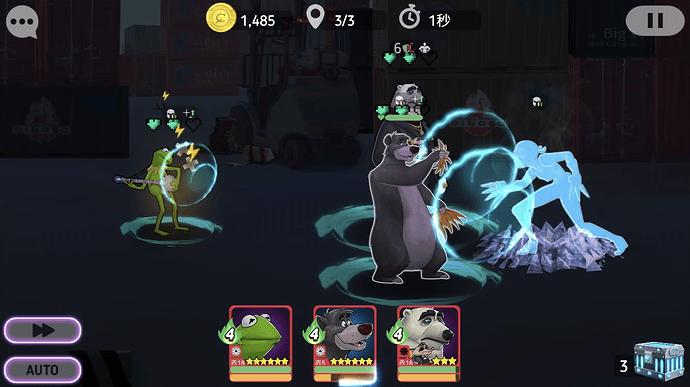 This was also already reported in “Update 2.7 Known issues”

There is a bug in Mr. Big and Koslov and Baloo’s friendship campaign. When the limo takes back the thief, allies stop attacking and the thief is frozen forever so it is impossible to win the match. This happens in Episode 4 first stage (and in other previous stages too). Also Mir. Big and Koslov blue skill says: […] until the Frozen enemy is below 35% of their Max HP and after 8.0 seconds. This “and” should be an “or”, or in fact, both conditions must be meet to unfreeze the enemy? cuz i ca…

No… it happened a lot to me as well
Not always but many times. In chat spars too actually