It time to once again to look back at the heroes that have joined in the fight for the city in 2022. Here a list of heroes that arrived for review.

Not many as last year since they discontinued the sign-in heroes. But we have got some that many have longed for. So out of all of these heroes which one was the best? The worst? The most surprising? The most exciting? Your favorite to use?

With this many heroes. Who knows what heroes will arrive in 2023 as the new year draws ever closer.

I don’t play anymore but Perry and Horned King were certainly unexpected.

Not nerfed version, Cinderella, so if she’ll be back it’ll be her.
With her nerfed, Quasimodo

Underminer. A damager that doesn’t do damage, that’s all
I don’t see her brought up much but also Voyd tbh. Her only niche usage I can think of doesn’t even work properly

Agent P for sure!

Idk, I’ll try to group characters. Sort of a tier list. From my personal excitement, no objective power.

D-tier (not my type of toons)
-Milo Thatch
-The Mayor

F-tier (at least others are happy)
-Cinderella
-Snow White

Sad to say that my A-tiers are mostly weak, but S-tiers do not disappoint.
My personal shoutout to Princess Aurora. I just love the idea of herself being absolutely useless while the fairies do all the job.

Are new Disney heroes coming in 2023

Yes. Just wait. You ask this all the time.

By the way, I will be doing an elimination game about the 2022 Heroes, do keep a lookout for it! I am currently running one about the movies of the recent years

I always put Perry to the “Top” 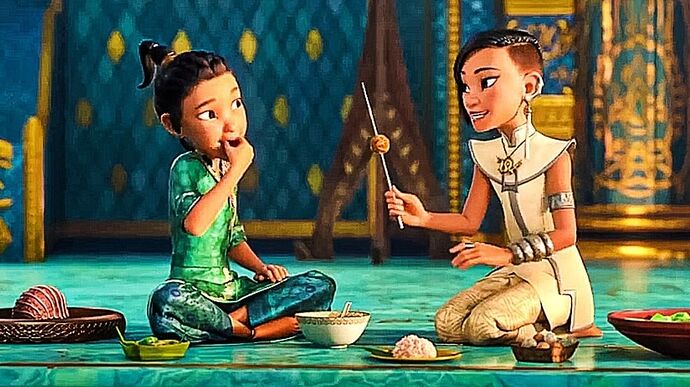 With this many heroes. Who knows what heroes will arrive in 2023 as the new year draws ever closer.

Out of my Top 10 most wanted list from the beginning of the year, I got six of them (Anna, Flik, Hopper, Horned King, Agent P, and Quasimodo). Pretty good!

You’re seriously going to ignore the answer I gave you when you asked this question earlier?

Yes. Just wait. You ask this all the time.

The most surprising
Pete

The most exciting
Meilin Lee

Favorite to use
Mother Gothel

The best? Quasimodo and Cinderella

The most surprising? The Mayor or Agent P. Never thought we’d get Agent P, and Mayor still feels like an odd choice.

The most exciting? Mother Gothel

For my best and worst, I’m mainly judging it based on how happy I was the character got added to the game and not how good they are in the game.

Best/Most Exciting/Favorite to Use: Pete

Pete is my favorite of the Mickey Mouse characters alongside Goofy mainly due to the fantastic and often hilarious voice work Jim Cummings provides to him, and I think he’s a character who more than earns his spot on the roster with being the primary enemy of Disney’s mascot, as well as the first Disney villain and oldest-made Disney character that the company still uses today and the average person would recognize. As a big Pete fan, I was ecstatic when he got added and thankfully, he’s also pretty good in the game with his high damage and reflect removal. Plus, his green skill and victory animations are two of my favorite animations in the game.

For the most part, I think this year was pretty solid in terms of either adding characters I like and/or characters that made sense to be in the game. Some honorable mentions for characters this year I also really liked are Bagheera, Kaa, Flik, Hopper, Pacha, and Quasimodo.

Let’s be honest, how many people were begging for this character to be added or really even remember this character in the first place? I’m sure she has her fans and I will give Voyd credit that she is an unusual character to see appear in the game, but that’s about all I can say. She adds an extra spot on the roster to a series that already has a ton of characters that I feel should have gone to a series with no/few characters, and I never really see anyone talk about her or use her in the game. Objectively, not a bad addition, but not one I’m a big fan of. Some other dishonorable mentions would be the Underminer, Duff Killigan, and Bellwether. The first two mostly fall into the same issues as her but are more memorable than her, and Bellwether is one of my least favorite Disney villains and not a character I personally enjoy.