How to defeat the ice monster?

I was making good progress on my Koslov/Baloo campaign, until this happened: 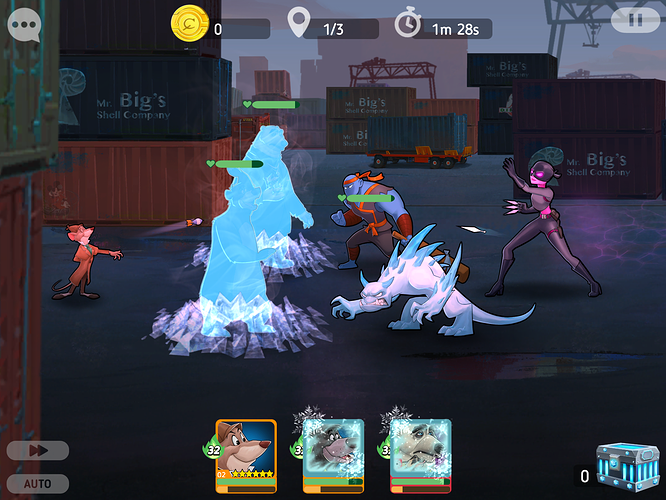 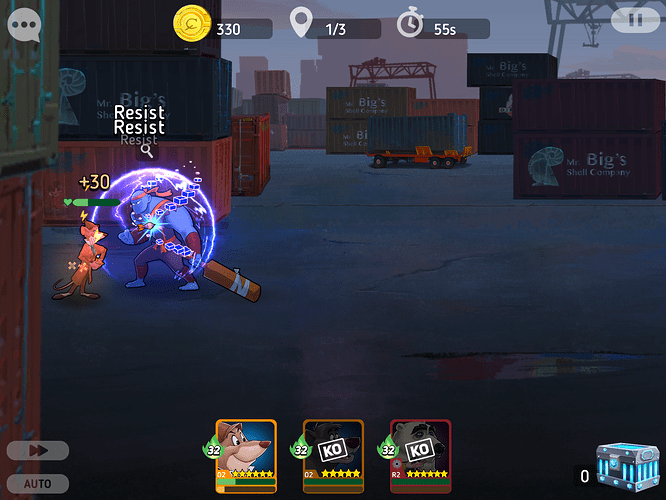 The ice monster permafreezes Koslov, preventing him from using his fantastic damage to defeat the Brute.
The only left is Basil and his normal damage cannot defeat the Brute due to immunity.

So what can be done to protect Koslov from the freeze?
If he wasn’t frozen, he could end this group all by himself.

Starting to wonder if the Friendship Campaigns ever go through Quality Assurance checking, I and another player keep running into illogical roadblocks…

So what can be done to protect Koslov from the freeze?

I think you’re supposed to use Baloo’s hardy from his green/red skill. I don’t think an orange Baloo can beat that level.

Whoa! That’s insane! I’ve never seen something like this in Battle Mode. I really can’t stand the Brute enemies, because some of the heroes without fantastic damage like Basil, Baymax, Dash, Wreck-It Ralph, and especially Judy Hopps can’t be able to defeat them all by themselves. It makes me wish that they have fantastic damage.

(By the way, when is the new update coming out, specifically a new character?)

(By the way, when is the new update coming out, specifically a new character?)

… What does that even have to do with this post?

I don’t think that will work, according to this: 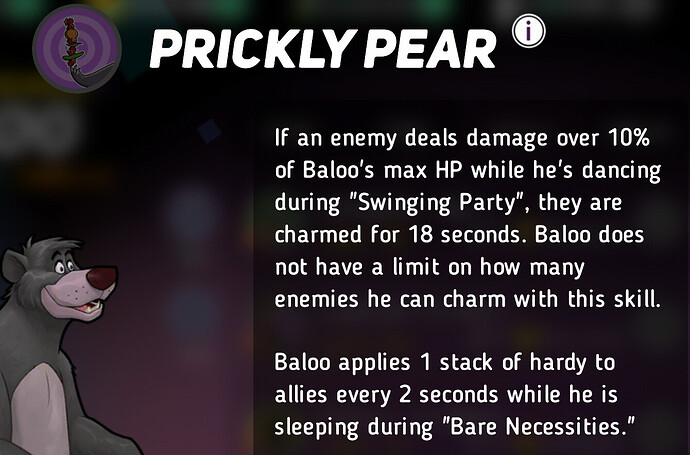 image1340×884 243 KB
his red skill only comes into effect when his skills activate, he gets instantly frozen, so he never uses any of them and thus, no stacks of hardy.

Plus, I checked and I only have 50 Baloo red skill chips, that’s not enough to unclock a Red Skill, is the base requirement 125?

Plus, I checked and I only have 50 Baloo red skill chips, that’s not enough to unclock a Red Skill, is the base requirement 125?

Yes. You can get more by playing epic city watch with that hero though.

his red skill only comes into effect when his skills activate, he gets instantly frozen, so he never uses any of them and thus, no stacks of hardy.

He has good tenacity though. Tenacity reduces the length of disables. He just needs to stay unfrozen long enough to fall asleep.

You may also need to rank up Koslov some more. My Koslov was at R19/Y0 when I did this campaign, and freezes didn’t really affect him much.

Adding and enhancing badges on Mr Big, prefably with evasion, max HP, armor and reality, is a solution. And use mods that can upgrade Mr Big’s green skill as it offers hardy. For Baloo, try using mods that have blue skill upgrades as it offers armor and reality for 10 seconds. Try getting his red skill as well. As shown in the picture, his red skill offers hardy. I’ve also checked Mr Big’s hidden stats (at Mr. Big and Koslov - Disney Heroes: Battle Mode Database)

His cool down for the green skill for using it the first time is only one second, so his evasion is pretty important.

Yeah, this is basically it. If your Mr. Big doesn’t have enough Evasion to reliably dodge the frost breath, then you’re not ready for this disk yet.

There are better threads for asking about that, such as this one: Next update, when? [Season 2].

I am willing to grant Koslov R10, but no more then that.
Y0 is automatically dismissed from consideration.

Baloo might get R0 if I feel generous.
I don’t spend on unused characters.

There are reasons for such a hard limit, I’m finding it intensely tedious/slow even earning the basic amounts of the stamina to keep playing the game, so have to ration the use of it very carefully, it’s not readily available.

I have been wanting to do Epic City Watch more, but apparently my team isn’t quite capable of a full clear yet, they fall somewhere around the end of zone 3/beginning of zone 4.
Baloo wouldn’t even make it that far, I am assuming at R0, he won’t even survive zone 1, which limits the amount of chips he will acquire.

Just promote Koslov a bit, he has Evasion. My Baloo was purple (Basil was kinda high but he doesn’t do fantastic damage anyway)

I finished the whole campaign actually with a R7 mr.big and P4 baloo.
Trick is in playing manually

Mr. Big gets 4 stacks of hardy. U just need to let him do it first before he approaches this ice monster ^^
And if u have mod with attack speed that definitely will work