Hey, everyone! Here’s the 2nd of my 3 house leader concepts for Fire Emblem: 3 Houses! 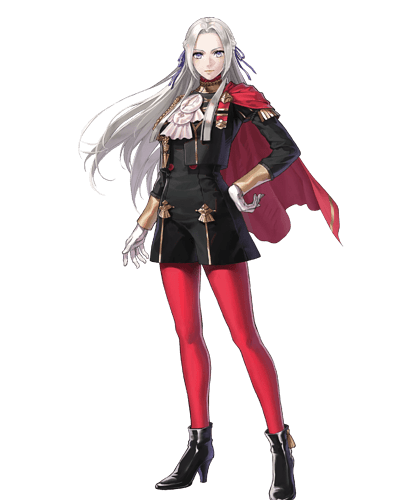 Description: Leader of the Black Eagle house who won’t hold back against anyone to achieve her goals.

Quote: “I’ll strike you down!”

Animations
Entrance: Edelgard walks to her position, axe in hand.

Victory: Spins and twirls her axe around.

Defeat: Falls to her knees and plants her axe in the ground in defeat.

Basic attack: Edelgard swings her axe at an enemy.

Skills
White - Victorious Axe (Normal Damage)
Edelgard swings her axe at the closest enemy, dealing X damage to them. Her attack speed is then increased by 100% for 5 seconds.

Blue - Raging Flames (Fantastic Damage)
Edelgard launches a cart of explosives at the nearest enemy, dealing X damage per second and removing Y basic damage from enemies in an area for 10 seconds.

Purple - Raging Storm
If Edelgard successfully KO’s an enemy with “Lightning Axe” or “Raging Flames”, the remaining cooldown for that skill is reduced to zero seconds.

Red - Twin-Crest Power (Normal Damage)
Every 3 basic attacks, Edelgard deals X bonus damage and Silences those she damages for 6 seconds.
While Edelgard has the attack speed buff from “Victorious Strike”, she also heals herself for 30% of the damage she does with her basic attacks.
+X Skill Power
+X Reality
+X Basic Damage removed with “Raging Flames”

Friendships
Edelgard/Queen of Hearts
Campaign: “Reign of Terror” - Edelgard learns of the Queen of Hearts’ style of ruling and finds herself both interested and conflicted. (Allies: Kida, Jasmine, Evil Queen)

Edelgard/Hercules
Campaign: “Demigod Discovery” - Edelgard hears of Hercules’ superhuman strength and wishes to learn more about it and how he got such powers. (Allies: Maui, Genie, Tia Dalma) 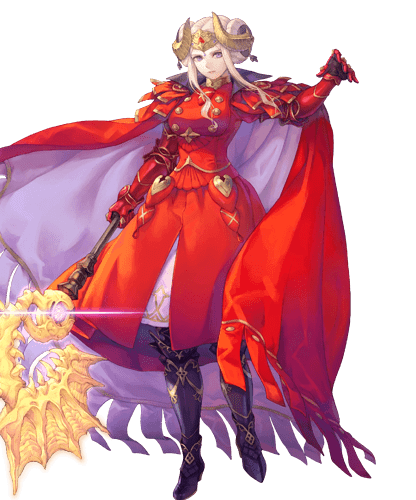