Is this a good team 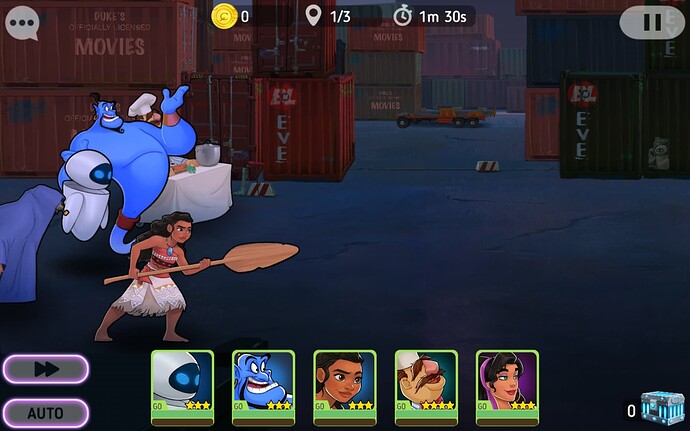 Moana needs to be maxed (rank) to work well.

Any recommendations for heroes I should use instead 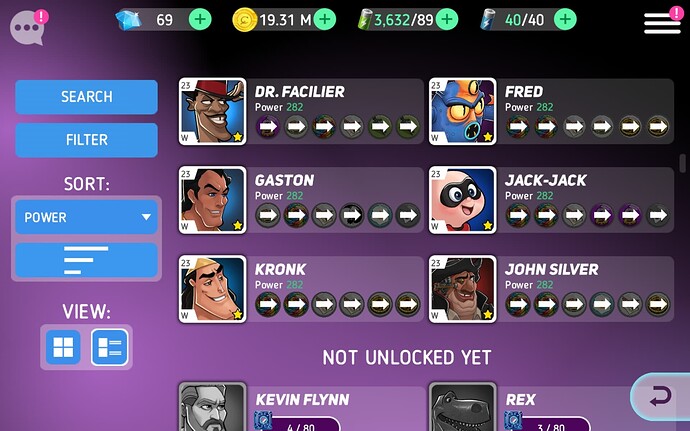 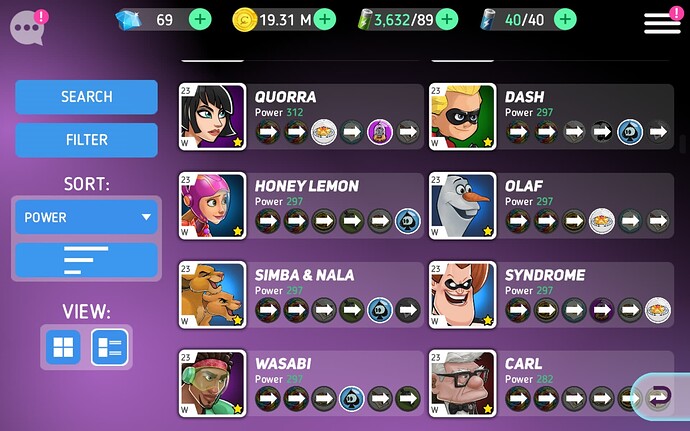 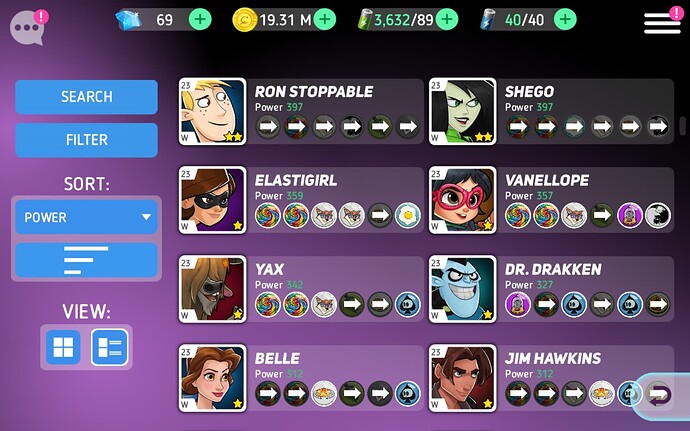 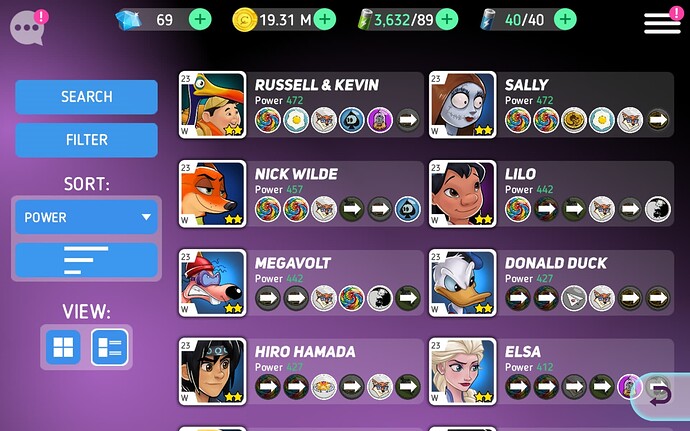 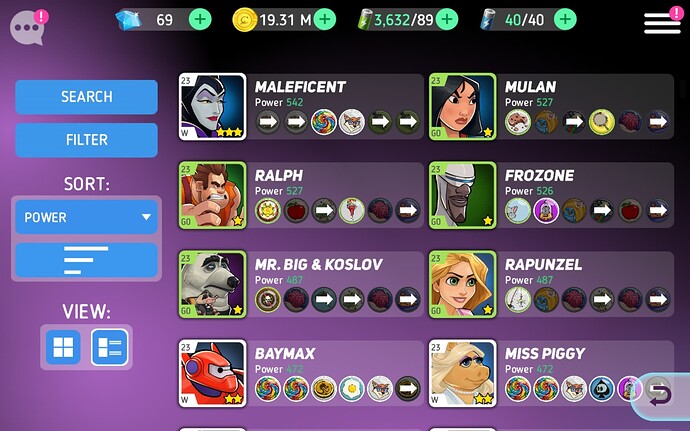 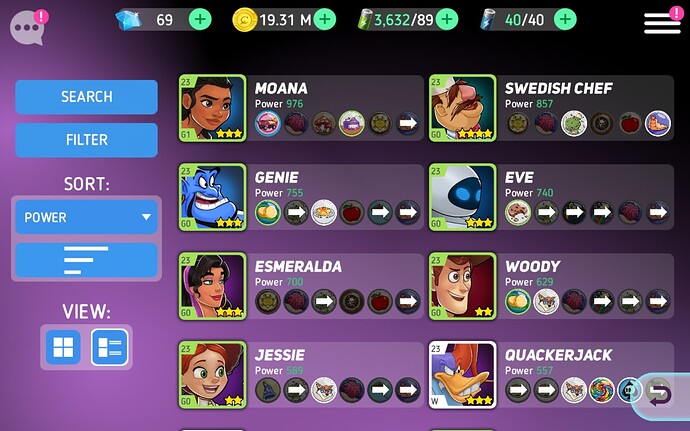 Shego is a must.
Ron
Russell
Drakken

Green is after yellow in the game?
Btw, maybe it is a good team, but idk.

Green is after yellow in the game?

Hi so I started a new account on server 22

Green is after yellow in the game?

? No green is after White and before blue so it is nowhere near yellow rank also I’m level 32 wouldn’t be able to have a yellow rank yet

Update on team:all heroes are blue and above

Russel is a good idea to replace Genie, a good healer is a game changer at early levels and Genie is only able to with his white (which can’t even target himself).

Moana can be replaced with Wasabi, Shego, or Mulan. Wasabi only targets enemies in front of him and doesn’t have much to sustain himself with, but ignores armor/reality with his True damage. Shego’s white deals big damage to everyone, though her other skills are kinda ehh outside of invasion bosses (which you won’t have to worry about for a while). Mulan is a little more dated, but her green can be a big help and once you have her blue she protects herself better than the other two.