She gained a tremendous amount of Max hp and a good amount of skill and basic damage.

Nearly does double the damage it used to do and she now steals 4 buffs from the enemy she damages.

Does more damage. I tested it and unfortunately the cooldown for her yodel did not get reduced.

She still dodges 25% but now she gains 60% attack speed for 5.0 seconds whenever she dodges a disable.
This makes her judy disk extremely more useful.

I don’t use her buzz disk but the only thing that changed was her basic damage for it got increased. Since her white skill got buffed to do more damage and steal buffs from the enemies now her buzz disk is more useful.

With the right support Jessie can be pretty hard to deal with. If you use a team that rely heavily on buffing each other then Jessie can be a real threat. If you plan on using her I recommend giving her 2 basic mods and 2 hp mods. Give her normal crit on both her basic mods and (if it ever comes) 2 reality for both her hp mods, she really needs the reality.

Without having tried her and just by looking at these numbers, in my opinion it does not look like this will bring Jessie into a useable state.

She still has one of the lowest reality in the game, and the Basic Damage / Skill Power / White & Green damage buffs / Blue healing buff - are all a fairly negligible amount.

The HP buff is significant, but even so her HP remains low.

Her only greatly improved feature seems to be her purple skill. Buff stealing on her white skill is great if she doesn’t immediately die, but her extra dodge and attack speed could give her a little more survivability.

Judy disk is definitely the one to go for now, which is a total U-Turn and annoying for people who’d worked (rightly) on the Buzz one.

See idk why people went for her buzz disk🤔 her white skill didn’t even do that much and with only 25% dodge of course she’s gonna die quickly. I like using here with Joy (OL) she stays alive longer and she’s already doing much better.

I hope they will refresh Nick and Jack Skellington soon. They really need a buff

Nice review. Thanks for saving those stats/images so people can compare.

back when she was considered strong, she was a great alternative to Aladdin for diving into the middle of the enemy and either drawing disables or taking out pesky back-liners - so, the Buzz disk was much preferred.

The Judy disk has been slowly becoming the better one because of her offensive capability being greatly diminished over time, but this cements it. 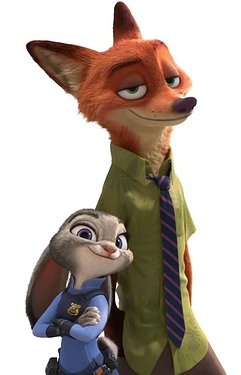 I agree!! Nick needs refresh and Judy also needs it !

Yeah Judy’s invincibility only lasting 1 second when she comes back to life is really horrible. What she needs is a big stat boost, more invincibility time from play dead, and her inspire should last longer.

(if it ever comes) 2 reality for both her hp mods

They are here, you just have to be in arena and/or coliseum challengers. You get an amount of random mod upgrades each week, reality boosts being among them.