Why make me choose! I love them both

As for Women’s History Month, as a woman myself I feel like I dropped the ball on specifically planning to release lady heroes during this time period. I’ll be more careful about this in future years. We may still get one yet this year, but nothing is definite until we announce it.

This has made my whole day.

It can depend on the hero but from conception to putting them in the game, usually 6-12 months. It can be years in a select few cases.

Intersting ! Can we know which hero has the record of the longest development ?

Could something be said about Dr. Drakken, he was leaked in-game, appears in data as ready, why he still wasn’t released? Same problems as Kim?

Unfortunately, no, she will not be in Disney Heroes. Sorry, we’d love to have her too.

Any chance you guys could… leak a hero via emojis at the end of every Q&A starting with this one? Like, a character that is not in the files at all?
another comedic character… 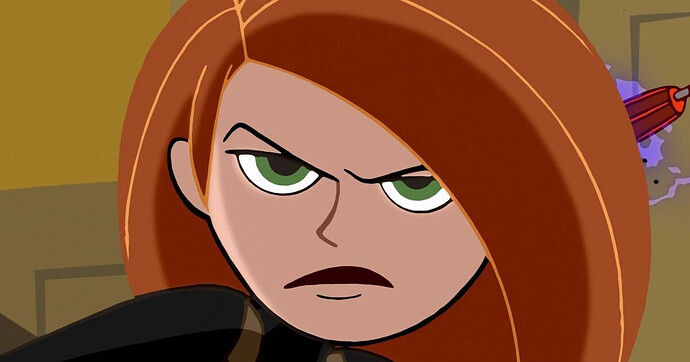 Yes. It is. Did… Did you seriously not know this?

I forget something. Better now that later.

The modes like City Watch, Surge and Heist use the City map but since we have now the Hub. This can be used as alternative map in the future?

That picture is a oversimplification of events but yes

I have a few questions

1 w.i.t.c.h is an interesting case because the animation is not Disney but the comic was published as “Disney Italia” and the game is under the name of Disney

so I am asking if characters from this franchise can join the game?

Intersting ! Can we know which hero has the record of the longest development ?

Unfortunately, no, she will not be in Disney Heroes. Sorry, we’d love to have her too.

(Can’t complain too much when we got Treasure Planet characters.)

I just realized that lol

Well I am sitting back now…

If Edna is added, I bet one of her friendships will be Jack-Jack
Bonus points if you know why

(not sure if this is looked down upon but, bumping this)