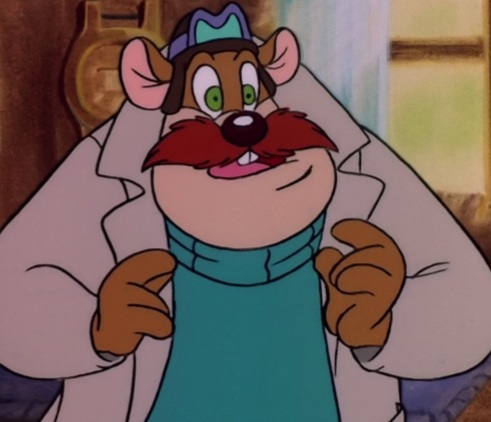 Bio - Monty will use his Incredible appetite, gourmet cooking skills, Australian might, and Rescue Ranger know how to make sure the creeps don’t know what hit um.

Entrance - Monty walks into battle and cracks his knuckles

Victory - Monty leaps into the air with one of his fists raised.

Defeat - Monty falls of backwards landing flat on his back.

White Skill - Cheesy (True Damage)
Passive: Instead of a Basic attack every 3 seconds Monty applies a stack of cheese to a random enemy.

Green Skill - Big Appetite (Fantastic Damage)
Monty flips a pile of cheese flapjacks at the closest enemy dealing x damage. The enemy that the flapjacks hit has their attack and movement speed slowed by 60% for 8 seconds. If the enemy is already slowed it deals double the amount of damage and Monty immediately does this attack again this time aimed at a random enemy. Monty keeps using this skill until he hits an enemy who’s not slowed.

Blue Skill - Shoulder Slam (Fantastic Damage)
Monty slams into the closest enemy with his shoulder dealing x damage and applying 2 stacks of fatigue. If the enemy is slowed then he deals x more damage over time for 7 seconds.

Red Skill - Edible Entree
If Monty hits 2 or more enemies with “Big Appetite” he gains x armor and gains the ability to sap enemies for 9 seconds on “Shoulder Slam”
“Cheesy” now saps each enemy for 5 seconds for each stack of cheese they have.

Monterey Jack and Chip and Dale
Name - Me Little Pals