Hey everyone! I’m back with a new concept… but it’s not who you might’ve thought it would be. I was originally going to continue my FE3H concept series, but I randomly came up with the idea for making this out-of-left-field likely concept a couple of days ago and was like, “You know what? Why not?” 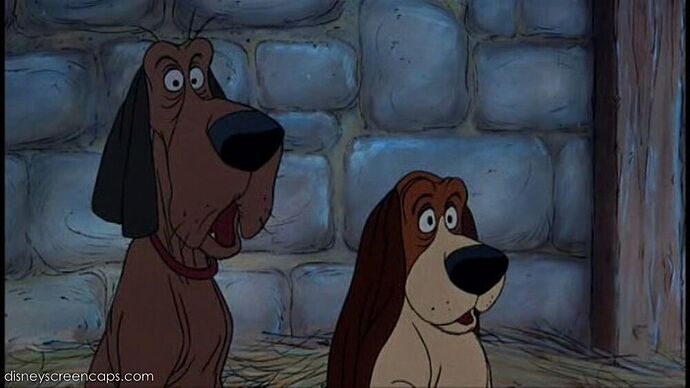 Description: These 2 dogs are ready to chase down and cause chaos for anyone who comes near their territory, even when they’re riding a motorcycle!

Animations
Entrance: Napoleon and Lafayette walk to their position.

Victory: Napoleon and Lafayette sit where they are and howl.

Defeat: Lafayette walks forward but trips on his ear while Napoleon watches and rolls his eyes.

Skills
White - Charge! (Normal Damage)
Napoleon and Lafayette run up to the nearest enemy and frantically bark at them, dealing X damage to them and nearby enemies and knocking those enemies back.

Green - Wheels Approaching
At the start of each wave, Napoleon listens for his enemies, Studying them and reducing their Skill Power by X for 15 seconds.

Blue - Mess Call
Lafayette barks to rally allies’, increasing their basic damage by X and their attack speed by 100% for 9 seconds.

I had a lot of fun making this one given how unconventional of a choice it is. Enjoy!

You have been making FEH concepts recently, so I thought this was someone else’s and you were just reviewing it