You cannot see who is “off duty” in the war summary info pages. You can only see them once at the initial splash screen (a day before battle begins) and see them by scrolling to the far right when you build your attack teams. If you’ve already used your attacks, there’s no way to see who’s off duty. It would be helpful to list “off duty” characters somewhere, so if your assisting guild members with teams, you can more easily remember/identify “off duty” attackers.

I know want new player feedback here, but just saying I’ve made a forum suggestion how to fix this before… War page qol improvement

So…would really like to see some new guild perks. The paint is long dried…

I agree that the hero friend campaigns are very unfair to new players. I started 5 weeks ago and unlocking friendship discs is a nightmare. For example the friendship of Maximus and Flyn is level 146 and the enemies are red 5 despite being orange 4 I did it but with the help of the boosters for which I had to wait 3 weeks to reach 25 booster and still not I made it past episode two. Another nice detail would be that they put the double item event every week to make it easier for all players, no matter if it is a day of double drops, that will be enough per week.

This is me coming back, S1, roughly a month old from a years-long break, and I’m currently getting my first Red heroes.

Currently, my biggest gripe is the sheer number of badge bits to get someone up to Orange/Red - it’s a consistent 20 bits for a single Purple badge, even at Purple to P+1 you might need FIFTY bits just to rank up. Then it gets even higher, they stack up- it’s too much of a grind.
Just, ease it up a bit for earlier levels. Make it easier to catch up to at least Orange, maybe late Orange at a push.

Either more Skill Points or faster Skill Point recharging please, and cheaper skill levels up to 75(?). I think it’s been said before, but gold costs and skill point limits make it really hard to catch up a hero.

More accessible friendships for some older champions please - if at least one disk per champ would be available pre-Red it could help out a lot. I was gonna suggest third friendships to help, but that would take things too far and lead to content bloating/choice overload, which is bad.

Remove the Fortify the Network contest, it’s not fun or interesting, and hardly anyone new or FTP would end up getting Progression Rewards from it.

Maybe divide Arena/Coliseum up between newer/older players please, up to a certain rank. It should make it less intimidating for newer players to climb up the rankings.

Currently, my biggest gripe is the sheer number of badge bits to get someone up to Orange/Red - it’s a consistent 20 bits for a single Purple badge, even at Purple to P+1 you might need FIFTY bits just to rank up. Then it gets even higher, they stack up- it’s too much of a grind.
Just, ease it up a bit for earlier levels. Make it easier to catch up to at least Orange, maybe late Orange at a push.

Even Red Rank currently is nothing.

Everything, apart of heist being boring, and with next to no rewards, and it takes too long.

A few updates from the last few days

The easiest explanation here is shatter or pierce
the hero applying Shatter or Pierce could possibly do very little damage, but the hero attacking and doing a % of the bot’s HP as damage then shows as Damage dealer

Zeus, Ron, Shank and Bagheera are generally not ranked high when it comes to fighting the Mama Bot. You can refer to the tier list on tips on who to use:

[august 2022 tier list] Hey guys! Here’s our August tier list! Thank you to everybody that helped vote on where heroes belong! Click on the image to zoom in and see everything more clearly. This month we tried something new in creating this tier list without a stream. I’m not sure if this was due to the way the votes were done this time around, but we had very few changes this time around. As for the new heroes, you guys predicted that the long awaited Agent P would go straight to the top, h… 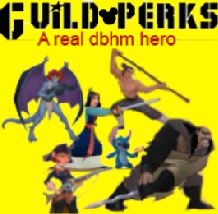 That tier list assumes you’ve unlocked the red skill, have friendship discs at max, etc. I’m a new player. I don’t even have half of the characters unlocked that is listed for the Blue invasion, so I’m using the best that I have.

I understand that Shego gets all of the damage dealt points, but if she’s not there, then why can’t the others do any real damage? They have a ton of powerups and even if they could do 1% damage (without Shego) then that could be understandable, but they do virtually nothing.

It would be nice to have the “Surrender” button somewhere on all fights (pier, trials, etc.). Knowing that you’re going to lose or the clock will expire and having to just wait and watch isn’t all that fun. A lot of matches is decided within the few 10 seconds or so, and there’s no point in watching someone like a pair of Pachas run in circles for 2 minutes knowing that they are just going to expire the timer.

That already exists. During a battle, you can go to the pause menu and click on the Retreat button to exit the battle.

That already exists. During a battle, you can go to the pause menu and click on the Retreat button to exit the battle.

You know, some people don´t pause the game so they don´t know the Retreat button is actually there.

One suggestion is Specific Badge Boosts. It is an idea I have for a while. Basically, it shows the origins of badges. It could be the name of a movie, TV show, and/or a video game followed by the year it came out. If a character is associated with a badge or a franchise associated with a badge, it could boost skill effects and make them heroes use tougher skills now. Maybe even making the badges have a emblem representing the franchise like in Super Smash Bros. Does that sound like a good idea?

I’ve had another idea that I think wouldn’t be amiss r.e. Friend campaigns.

More like better powerups. Some friend campaigns are hardly manageable. Then you’d just be permanently at max stamina.