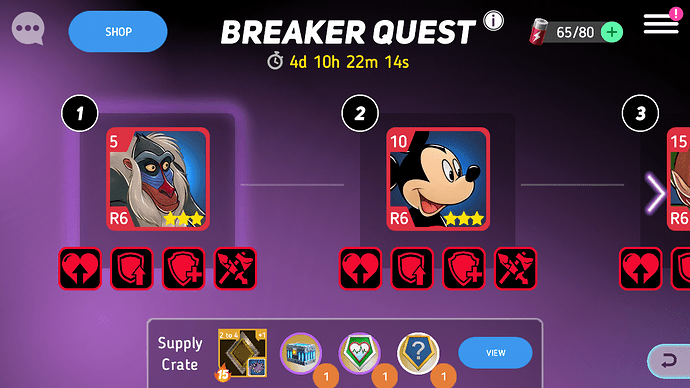 So I had started playing the game recently with a friend on S1 and just hit 60 to start Invasion. I have to ask how we are supposed to do anything at lvl 60 when this is the very start? The creeps are pushovers but Rafiki is just unkillable. I really don’t mean to sound so whiney but it just seems a touch silly when one hero is stronger than my top 5. The ward fights are even worse with being at least twice as strong. If there are any tips that you could give I would greatly appreciate it but it seems ridiculous to have a mode open at lvl 60 if you can’t do much until at least lvl 100, if not higher.

Yeah, you’re right. Invasion is insanely hard for new players, because enemies’ rank is set to be the highest rank on the server. You don’t necessarily need red heroes to do some progresses, but it’s pretty much impossible until at least O1-O2. At least, that’s when I started doing some progresses.
Tbh have no idea why this doesn’t scale with the player’s power like other game modes

Right? I feel like if you open up a mode at 60 you should be able to contribute to it at 60. Just like with Surge, Arena, CW, etc. I have no problem with it scaling up to R6 just not to freaking start out with. Thankfully I have made my own guild with my friend so there is no pressure on that front but still. At TL 60 I feel like a good starting spot for the Breaker Quest would be P1-2. That way we could at least do something.