Hey everyone! To celebrate Fire Emblem: 3 Houses’ 2-year anniversary, here’s my concept for the last (but certainly not least) remaining house leader of the game! 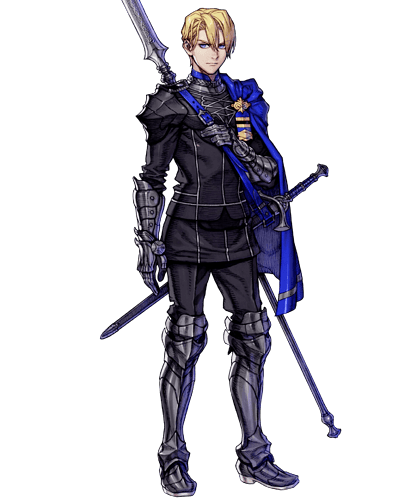 Description: Leader of the Blue Lions house, ready to use his mighty strength to aid his allies.

Quote: “Let’s see you dodge this!”

Animations
Entrance: Dimitri walks onto the battlefield, lance in hand.

Victory: Dimitri spins his lance around above his head and poses.

Defeat: Kneels and plants his lance in the ground.

Basic attack: Dimitri stabs in front of him with his lance.

Skills
White - Noble Lance (Normal Damage)
Dimitri strikes at enemies in front of him 3 times, dealing X damage with each hit. If Dimitri is above 50% of his HP, he strikes 6 times instead.

Green - Glowing Ember (Fantastic Damage)
Dimitri swings at nearby enemies, dealing X damage plus 30% of his armor as bonus damage.

Blue - Wave Attack (Fantastic Damage)
Dimitri sends a rush of soldiers across the battlefield, dealing X damage to all enemies. This skill does 40% more damage to any enemies with an Armor or Reality buff.

Purple - Atrocity
“Noble Lance” and “Glowing Ember” do 50% more damage. This has a chance to fail against enemies above level X.

Red - Crest of Blaiddyd
Every 4 basic attacks deals 100% more damage. When this effect triggers, the cooldown for “Glowing Ember” is reset. This has a chance to fail against enemies above level X.
While Dimitri is above 75% HP, he has a 40% chance to dodge basic attacks and gains 75 Energy whenever he dodges an attack. The chance to dodge is reduced against enemies above level X.
+X Max HP
+X Basic Damage
+X Damage per hit with “Noble Lance”

Friendships
Dimitri/Hades
Campaign: “Going Under(world)” - When Dimitri learns of Hades’ position as ruler of the Underworld, he finds himself haunted by past memories. (Allies: Davy Jones, Oogie Boogie, Dr. Facilier)

Disk: “King of Beasts” - Become Berserk At Low HP
+X Armor
+X Basic Damage to allies
Once per wave, when Dimitri falls below 50% HP, he becomes Berserk for 4 seconds (+1 second per star). 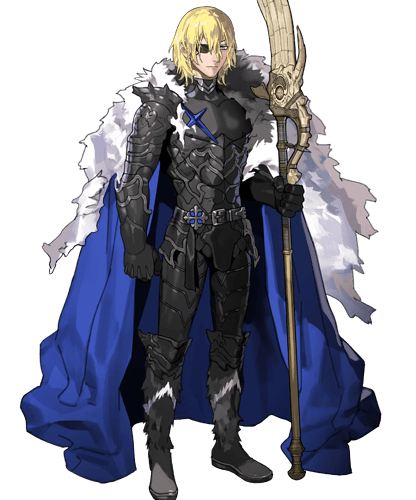