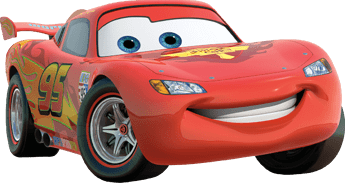 Description: Lightning McQueen races through the battlefield, causing massive damage to the enemies.

Victory: Lightning does his “Kachow” pose with his lightning sticker shining.

Defeat: Lightning will get angry, stomping his front tire.

Fantastic Damage
Lightning will race across the battlefield, dealing X damage and knockback to enemies.

Fantastic Damage
During each wave, Lightning McQueen enters the battlefield by landing on the enemy’s side. This deals X damage and stun to the enemies for X seconds. McQueen then turn to his original position.

Feedbacks and improvements are welcomed and I hope you liked it!

Purple doesn’t really fit, the rest of the kit makes sense but He literally does nothing with crits other than barely doing more DPS.

You could try giving Him a blinding skill in which He uses His stickers to do so. I mean He is a cocky showoff & shining up your body & jumping in front of others really spells out cocky plus not to mention He has ACTUALLY hurt the eyes of other cars by flashing His stickers. That would really fit His character, the showoff that many hated Him for being.

And @Tr3Frend, how am I supposed to change the purple skill to fit Lightning McQueen?

I already said how but I’ll kindly repeat. You can give Him a skill in which He uses His stickers to blind the enemy. He does this often because of His very cocky showoff persoanlity & has shown that it can actually blind the cars.

Well thanks for the feedback, I changed it up a bit to sound more like Lightning.

You are very welcome.

The concept of skills look similar to Duke Caboon