Before I begin, I have something to say. I know these two characters are not really Disney characters like the ones we have but since they had a considerable influence in their specific games (Swampy from Where’s My Water and Bambadee from Club Penguin), they would be a perfect fit. I decided to put them together because they wouldn’t be so great individually as stand alone heroes. It would represent the computer/smartphone gaming side of Disney and have the opening for other Disney characters from all sorts of products that aren’t just from movies or tv. So… let’s begin! 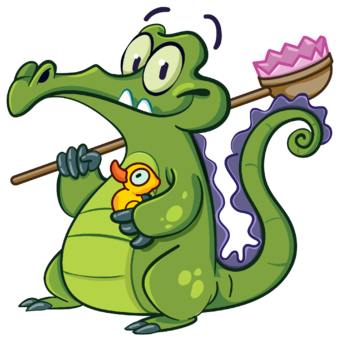 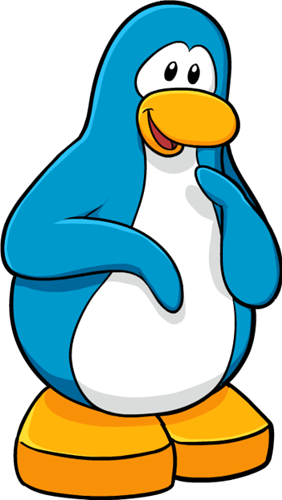 Swampy is an alligator who just wants flowing water. Bambadee is just a stowaway penguin. How they came together is not known.

(No good quotes for this character/s)

Basic attack: Swampy bites at the opponent as Bambadee stands aside to watch

Entrance: while Bambadee slides into battle on his stomach, Swampy runs over to catch up.

Victory: both heroes do the infamous club penguin dance

Defeat: they get splashed with mud and fall over, landing into a sitting position.

Green Skill: Broken Pipe
A pipe pops up from the ground and breaks, spraying the nearest 3 opponents in water and sending them flying backwards.

Blue Skill: Card-Jitsu
Bambadee pulls a card and puts it down. It either is Snow, Water, or Fire. Depending on what type of card he plays gives these heroes a full residence to the certain opponents attacks based on their roles. Fire = Damage & Tank. Water = Control. Snow = Supporter. This move lasts for x seconds.

Purple Skill: Squeaky Clean
Every wave, all status effects given to these heroes are removed.

Thoughts about this wacko idea for a hero?