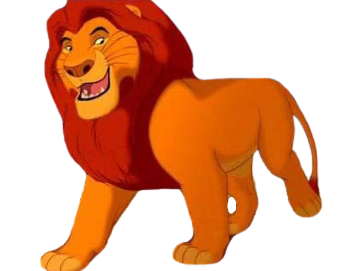 Mufasa protects his allies with his courage and his fatherly instinct

“You forgot me forgetting who you were”

White skill : from the sky

Redirection of damage is less effectie against allies of level X more.

Once per wave, when Mufasa is below 50% of his max HP, he leaps into enemies, dealing X damage and stunnig them for 10 seconds.

Blue skill : the king of animals

Mufasa roars, dealing X damage to all enemies and silence them for 8 seconds.

The first time Mufasa drops to 0 HP, he regains X HP and 300 Energy.

When Mufasa uses “from the sky”, he and his allies regain X HP per second until Mufasa runs out of energy.

Adventurous lion cubs
Disable Immunity for Mufasa and his allies.

Mufasa and his allies are immune to disables when “from the sky” is activated for 3 seconds per star.

Walk between brothers
“the king of animals” deals more damage

“the king of animals” deals X more damage per level

Hello everyone, and welcome to my first concept. Firstly, I wanted to thank @Imagineer_V for their guide which was very helpful. Also, I encourage you to leave comments so that I can improve myself. Either way, thanks for reading this concept!

Firstly, I wanted to thank @Imagineer_V for their guide which was very helpful.

Glad that it helped. Good job for a first time

Thank you very much

Good job for a first time

I agree with @Imagineer_V, great job!