The Next Disney Princess

With the quiet induction of Moana as an official Disney Princess, it should opens up world of possibility of who should be next to be inducted in the official line-up:

If you want a princess they haven’t created to inducted here are some idea to start conversation:

Just remember the unspoken qualifications to being a princess

(Note: this is not for DHBM, but just a mere conversation starter)

We already have both of them, make account on s1-12 to have all heroes available. Jasmine is also play-able character.

Anna should visit this game around time of premiere Frozen 2 movie.

No, i do not mean in the game, i mean in Princess Line-up in general

Yes you are correct on that assumption

Kida, Anna, Elsa-yes, as they are actual princesses. Esmeralda and Bo are not and will never become. Meg, unsure here, according to myths she is, but here, I don’t know. Don’t know the rest of them.

Moana as an official Disney Princess

Princess Elena of Avalor, from an enchanted fairytale kingdom inspired by diverse Latin cultures and folklore, will be introduced in Sofia the First in 2016.

Not necessarily. I don’t think that is one of the criteria for being a Disney Princess. I think these are the criteria:

Ok to get others to come forward with some ideas I made a princess, sorry about the picture I can’t draw people, I started with the dress and went from there hope you like it! 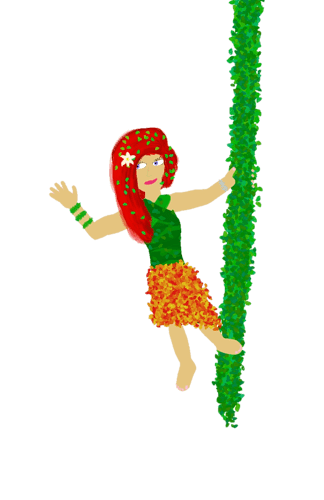 So Flora is my idea for a new princess, she’s Australian
She lives in the tropical jungle with her tribe
She loves flowers, trees, animals and everything nature grows

Her story would be something like…
Living in the jungle, separated from civilization Flora’s tribe live a very basic life but when hunters and deforestation appears the tribe flee in the hope to survive!
However soon they realize that the jungle is getting smaller and they will have to search for shelter in the cities!
Flora leads a small group to the city to find a place to live, but when they get there they discover the smells, sounds and sights are very hard to get used to!
Then it will follow them trying to fit in and save their tribe!
Hope you liked it!
And hopefully this will motivate you to have a go too! It was actually really fun!

For those who are confused on who is an official disney princess here is the list in chronological order:

There isn’t a next princess per say. I just thought that people might get creative and make one of their one if want or see if you think that existing female might be suitable to qualify

Rye (Kingdom of the

An egyptian princess and adopted daughter of the sun god, Ra. A kind and bright young woman and a bit of a nervous wreck. She as nyctophobia, the fear of the dark, that a tramatic experience with Seth and the nycrobeast. She goes on a journey to find the Scepter of the Sun and stop Seth from freeing Apep anf learns that believing in herself will make her truly fearless.

I SERIOUSLY doubt these will ever be official Disney Princesses.

All of these have most likely run out of time.

The Disney Princess who took the longest to be added (not sure about Moana) was Merida.

Besides that, I believe that there is another rule that is a requirement to be a Disney Princess. The hint was given by Maui. An animal sidekick.

Of those listed here, who meet all requirements…I see none. (Olaf does count, but Elsa and Anna’s box office success was too great, consequently disqualifying them.)

Esmeralda wears a dress and she has a goat

But she’s not royalty of any sort. Mulan is like the one exception to that rule.