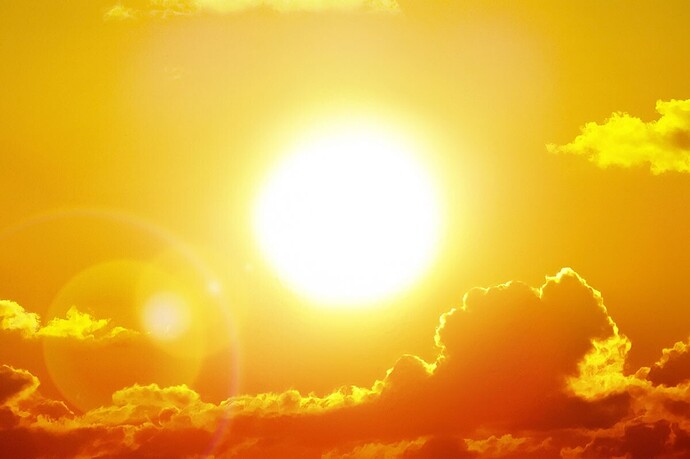 image1200×800 72.8 KB
The Sun shines on everybody in the battlefield to be defensive and offensive.

Passive: The sun does not appear in the battlefield and instead is in the top right corner of the battle field, The sun does not have a basic attack and instead shines down on both allies and enemies.
Active: The sun starts making the battle field scorching hot for 9 seconds, during this time enemies will take X damage per second and become slowed by 75% allies will gain 1 random debuff due to Overheat, debuffs given to allies due to overheat will last for 7 seconds.

The sun becomes shining brighter for allies causing them to become energized for 15 seconds and also causing enemies to become blinded for 8 seconds.

When the sun is defeated all enemies have 350 of their energy removed and all allies gain x armor.

All of The Suns skills will now remove 150 energy from opponents. Any damage done to The Sun will always have a 50% chance to reflect back to enemies halved.

“Quick Tan”
When “Overheat” is activated The Sun now gains X reality and heals x health for the duration.

Here’s a quick concept i thought of while being bored, hope y’all enjoyed reading, this concept probably isn’t the best but I have other stuff in the works right now for summer, anyways thanks for reading and hope y’all enjoyed.

“Right on, right on”

This is so creative actually

So creative indeed, my Friend.