In this concept, I tried to create something that almost sounds like an oxymoron: a Backline Tank Hero! Feel free to leave any feedback! 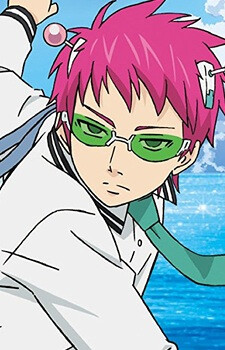 Position and Role: Backline Tank Hero
Trial Team: Blue
Mastery Collections: Tank, Stun, Shield, Healers
Basic Attack: See Passive
Entrance: Teleports into position(He is always the last to appear on the battlefield, unless there is a character like Powerline)
Victory: Sighs with relief
Defeat: After seeing an insect on the ground, Saiki teleports to Texas out of fear.
Description: Even though he just wants to be left alone, Saiki cannot just let his allies in danger! So, he protects them with his wide variety of powers while trying to stay unnoticed.
Quote: “It’s true that there’s no anger or sadness, but there’s also no joy or fun. That’s my life”

Saiki sends a telepathic message to his allies saying that everything is ok, healing himself for X HP and cleansing all debuffs from them.

Time Restoration
When an allie is K.Oed, Saiki restores them to a previous state, healing them to Max HP and then redirecting the next X damage they would receive to himself. This can only happen once per wave.

Telepathic Radius
Whenever an enemy goes Invisible, Saiki applies “Precise” to the 2 frontmost allies(that can include himself) for as long as the invisibility lasts, and grants them X Basic Damage while “Precise”.

Unknown Protector
As long as Saiki is in the backline, he cannot be debuffed in any way. Saiki and his allies gain X armor and Reality and are healed for Z HP every time a debuff is either blocked or cleansed.

Saiki Kusuo + Cheshire Cat
Campaign: I’m not all there myself: The Cheshire Cat starts disturbing Saiki, who cannot get rid of him. Then, Saiki learns how to detect him and starts teleporting everytime he is around, but Cheshire always seem to find him.
Allies: The Mad Hatter, Jumba, Barbossa.
Disk Name: What’s stopping me from hurting him again?
Effects: +X Reality to Saiki and Allies
Stars: At the Start of each wave, the enemy with the highest evasion and/or tenacity will be “Immobilized” for 4(+2 seconds per star) seconds. Immobilized enemies cannot attack, move, be moved or evade disables.

Saiki Kusuo + The Evil Queen
Campaign: The Most Powerful of Them All: The Evil Queen asks the Magic Mirror who is the Most Powerful in the city, and the Mirror shows Saiki, who looks back at her, causing interference in the image. Then, she goes to investigate him in her hag form, but he already knows it.
Allies: Ian Lightfoot, Maleficent, Disgust
Disk Name: 7 years of Bad Luck isn’t that bad after all
Effects: +X Skill Power; +Y Max HP
Stars: Saiki and his allies receive less 12%(+12% per star) TRUE damage.