Walter and 80s Robot (The Muppets) 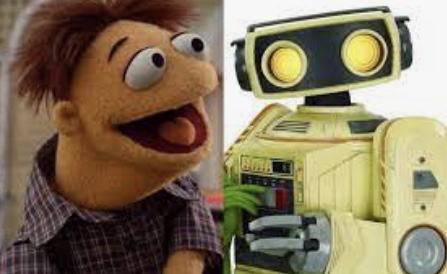 Damage
Mid
Quote “Your fans never left you, the world hasn’t forgotten! All you need to do is show ‘em again!”

Basic attack. Instead of having a basic attack 80s robot gives a can of Soda to an ally healing them. If there is no allies Walter will throw Muppet merchandise dealing Fantastic Damage to enemies

Entrance. Walter slides on a luggage bag while 80s robot comes in a car. Dealing damage to enemies at Blue Skill.

Defeat. Walter runs into a line of enemies dealing damage to them at green skill, 80s robot shuts down.

Victory. Walter jumps up and down, 80s robot smiles with his eyes.

True damage. Walter whistles inspiring his allies and dealing X true damage to enemies. The inspire has a chance to fail against allies above level X

Fantastic Damage. Walter runs into a line of enemies when he reaches 0hp dealing X fantastic damage to enemies.

Blue skill: Park it right there!

Purple skill: Delicious drinks. Whenever 80s robot brings a can of Soda to allies they are invincible for 5 seconds and are energized. The invincibility and energize has a chance to against allies above level X. If there is no allies Walters merchandise Hexes enemies.

Kermit. Story Walter wants to put on a show Kermit thinks that’s a good idea, one problem they need a celebrity!

Wall e. Story. Wall e and 80s robot are collecting garbage one of Wall e’s hobbies until they are ambushed by creeps!

What do you think of 80s robot and Walter? Would you add them to your team?

… And that relates to the concept… how exactly?