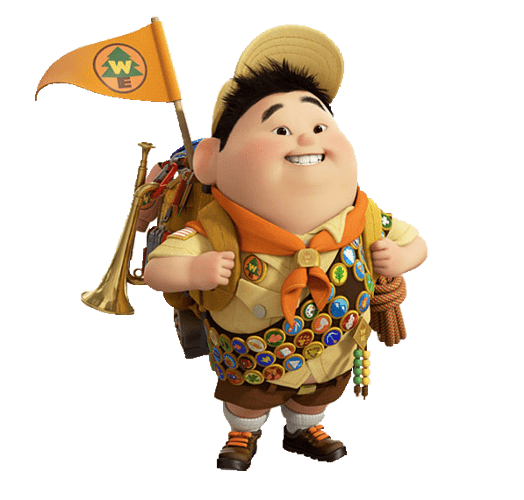 “A wilderness explorer is a friend to all, be a plant or fish or tiny mole!”

Russell is a mid-line damage hero

Entrance: Russell walks into the battlefield

Victory: Russell gives a thumbs up

Defeat: Russell stomps the ground and crosses his arms

Normal Damage
Passive: At the beginning of every wave, the player selects an enemy to apply “Tracking Device”. While under the effect of “Tracking Device”, the enemy takes 50% more damage than they’re supposed to

While on auto, Russell applies “Tracking Device” to the enemy with the most skill power

Active: Russell throws his GPS at the enemy under the effect of “Tracking Device”, dealing X damage to the main target, stunning them for 8 seconds. Any surrounding enemies are dealt X damage and are stunned for 5 seconds

All enemies are also studied for 7 seconds

If the enemy under “Tracking Device” is already K.O.’d, Russell instead throws his GPS at the enemy with the most skill power

Stun and study may fail against enemies above level Z

Silence may fail against enemies above level Z

Normal Damage
Russell takes out his leaf blower, turns it on, and aims it at the frontmost enemy, dealing X damage and pushing them back a bit

Purple Skill: Explore the Wild
Whenever Russell attacks an individual enemy for the first time in a battle, he deals 50% more damage to that enemy, and gains 80 energy in doing so

These effects are reduced against enemies above level Z

Red Skill: Find the Snipe
Whenever one of Russell’s allies falls below 30% of their max HP, Russell grants all allies 25% attack speed, 25% movement speed, and heals them for X HP over time for the rest of the wave

I know… but I couldn’t find a better term for a GPS. It isn’t a monitoring device though. It’s a tracking device. And, yes, there is not much of a difference