Wile. E Coyote, Genius
This must-answer mastermind brings tricks to stifle yours, a self-healing appetite for birds, and an ever-climbing Attack stat.

Entrance: Pushes his Clone-O-Matic into battle
Victory: Says “Super Genius”
Defeat: A rock falls on him

Basic Attack: Puts the dynamite in to the Clone-O-Matic and duplicates into 40 of them, throwing one to the enemy and explodes, dealing X damage

White Skill: Coyote Calamity
Wile. E plucks some of his fur and puts into the Clone-O-Matic, Healing himself and allies by X and copying a random Wile.E into battle
The healing has a chance to fail for allies that are lower that level X

Green Skill: Painted Train ( Fantastic Damage )
At the start of each wave, Wlie. E paints at the wall next to the backline enemy, painting a train and a tunnel, increasing his Crit Chance by X before the train comes out. After that, the train pushes the enemy, dealing X damage

Blue Skill: Instant Rock
After using Coyote Calamity, Throws a rock to a random enemy, while throwing, the rock gets big and smashes the enemy, dealing X damage and either stun or blind the enemy 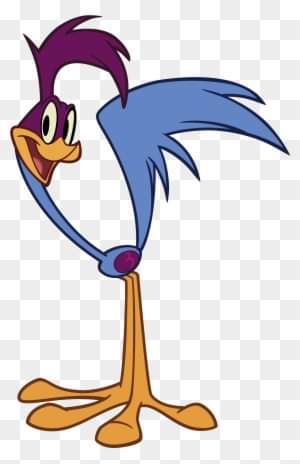 Meep, Meep
Fast support. Avoids enemy damage while debuffing his enemies and speeding up his team.

Entrance: Runs in
Victory: Jumps and say MEEP, MEEP and runs away
Defeat: Has a frown

Basic Attack: Runs towards the enemy line, dealing X damage and decreasing the speed of all enemies

White Skill: Hurricane
He dodges a melee of attacks, then warms up super fast, while that he’s making a hurricane, dealing X damage to all enemies dodges all attacks for 4 seconds

Green Skill: Beep Beep
If this hero dodges, heals all allies by X HP and increasing the ally’s speed with the lowest speed by X

Blue Skill: Fastest Bird Ever
After Hurricane is used, increases his attack and armor by X

Purple Skill: Run Up
If Beep Beep is used, increases the Crit Chance, Evasion and Speed to All Allies

Red Skill: Accelerati Incredibus
His Attack and All Allies’s attack attack increased
Hurricane now stuns 2-3 enemies
The Stun has a chance to Succeed if the enemy below level Z