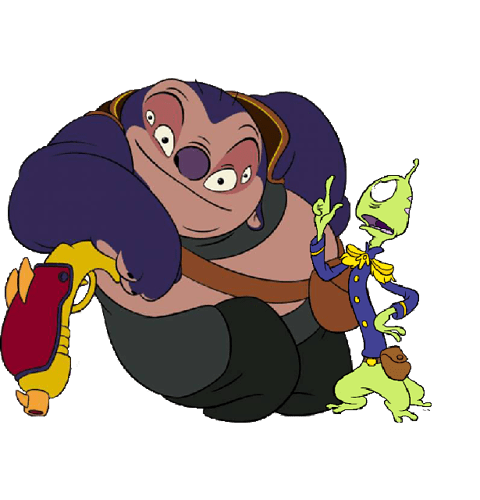 Entrance: Jumba and Pleakley walk into the battlefield

Victory: Jumba and Pleakley high five each other

Pushback may fail against enemies above level Z

Fantastic Damage
Pleakley runs across the screen as a swarm of mosquitoes chase him. The mosquitoes surround all enemies, individually, for 4 seconds, dealing X damage per second

Purple Skill: Partner Up
Jumba and Pleakley are now immune to disables and debuffs

Red Skill: An Inverted Experiment
Whenever an enemy attempts to debuff Jumba and Pleakley, they consume the debuff and invert the debuff, making it’s effects the opposite

This may fail when debuffed by enemies above level Z

Disclaimer: All of these concepts will come (separately) in a minimum of 4-5 weeks. They will not be posted necessarily in the same order

Not bad, I wish we could have these guys , because we have stitch.

The white skill is quite underwealming, but I really like the red skill. It’s unique and could lead to some pretty interesting interactions.