Hi! so I taked some time from concepts to make them better and improve in some things so, I hope you like this concept and at the end please post all feedback 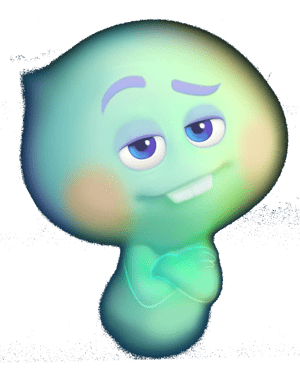 Quote “You can’t crush a soul here. That’s what life on Earth is for.”
Position: Front
Role: Damage
Trial: Blue

Active: A box appears next to 22, she enters in the box and then another box appears in the middle of the enemies, then 22 goes out from that box, then she starts talking very sarcastically dealing X damage to all the enemies and X extra damage per stack of “Annoying”, then all the stacks are removed.

Green skill: Pizza!
22 takes out an slice of pizza, then she eats it healing X HP and giving herself 2 stacks of hardy.

If a enemy recovers all their HP by any source they instantly go to “The zone”, the enemy starts floating and a blue bubble surrounds them for 7 seconds, while in there, they are stunned, then 22 throws a blue sand ball to the enemy dealing X damage and taking out of “The zone” the enemy.

Each 3 basic attacks 22 says “Meh” silencing the enemy for 5 seconds and dealing X damage, the silence may fail if the enemy is above level X.

The spark
Each time 22 gains a stack of hardy she heals the allies X HP and gives 3 seconds of invincibility to the ally with the less HP, the apply of invincibility may fail if the ally is above level X.
+X SP
+Y Armor
+Z Damage to “The zone”

22/Disgust
Campaign: Worth it or not?
Disk: Disgusting life
Allies: Kim Possible, Kermit and Vanellope
Buff: Whenever a enemy is in “The zone” enemies near them have an attack and movement speed reduced by 40%
+5% per star
Disk power:
+X Reality to blue team allies.

I know that I said that I was going to make myself in a concept but I´ll leave that until I get better in this things.