Happy New Year, I guess. Here’s a concept based on a BFDI character since today is it’s 11th anniversary. 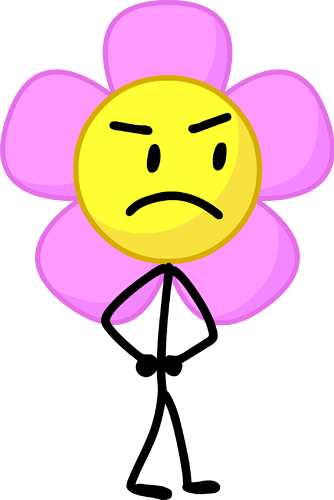 A cover is nice, but it ain’t the book! Flower may seem nice, but she’s got some tough petals, and will use anything against anyone that gets in her way.

Role: Control
Position: Front
Trial Team: Blue
Entrance: Grows from a flower pot, steps out of it, and places her speaker box next to her
Victory: Fixes her petals
Defeat: Petal drops and she kicks it in anger
Attack: See Passive

Active: The player chooses which enemy Flower will crush with her announcer crusher. When chosen, Flower Speaker Box will pass out cake to all allies including Flower, healing them for X HP. Flower then crushes the selected enemy, dealing X damage and stunning them for 8 seconds. The crusher then explodes, dealing Y damage and blinding them for 8 seconds. This will resummon the Flower Speaker Box if it was destroyed in battle.

While on auto, Flower will crush the “Most Wanted” enemy. The stun and blind has chance to fail against enemies above level Z.

This is what the Flower Speaker Box looks like: 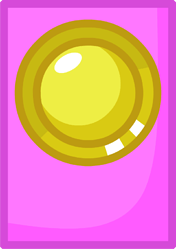 Green Skill: True Beauty
Flower persuades the two closest enemies with her beauty, charming them for 10 seconds. While charmed, Flower gains 50% of the energy that the charmed enemy receives. If the charm fails the enemy’s attack speed will be reduced to 50%.

The charm has a chance to fail against enemies above level Z.

Blue Skill: Non Slip Shoes so ha! (Normal Damage)
Flower now wears her Non Slip Shoes, granting her immunity from slows and knock backs. Every 7 seconds, she dodges a melee attack and kicks the enemy that attacked her, dealing Y damage and knocking them back. The knock backed enemy deals the same amount of damage to enemies that they land on.

Purple Skill: Flower Power
Flower gains Z basic damage per charmed enemy on the battlefield, and Z skill power when a charm expires. She retains 75% of these buffs when carried from wave to wave.

Red Skill: Fashion Statement
Flower applies any attack and movement speed slows blocked by “Non Slip Shoes so ha!” onto enemies damaged by Flower Speaker Box’s basic attacks. If no slows were applied she instead applies two stacks of “Fatigue”.

For each stack of “Fatigue” on enemies disables applied to them last 1.5 seconds longer.

Applying slows has a chance to fail against enemies above level X.

Flower-Disgust
Fashion Trending
Attack Faster When Reality Removed
+Flower Speaker Box now removes Z armor from enemies
+When Flower has her armor or reality reduced, she is healed for Z HP.
• When Flower is applied an amor or reality debuff, she evades it and gains 20% (+20 per star level) attack speed.

Flower-Evil Queen
Villain’s Vanity
Weaken Most Wanted Enemy
+Z Basic Damage
+Z Damage to “Non Slip Shoes so ha!”
+”Most Wanted” Enemy loses Z skill power
• “Most Wanted” enemy has their armor and reality reduced by 12% (+12 per star level) and gain 1 (+1 per star level) stack(s) of “Fatigue” when they receive the status.

At first I thought it was the flower from undertale

You can do Mr.Garden from Disney Pixar Soul?