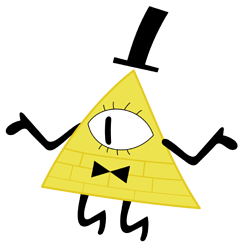 Description: Bill Cipher is an ancient dream demon that brings out his weirdness and his demonic power to the enemies.

Entrance: Bill Cipher will appear out of the smoke, getting out his cane to present himself and then get to position.

Victory: Bill Cipher will dance with his cane.

Green Skill: Frozen Human Agony
Bill Cipher will “freeze” the enemies by turning them into stone for X seconds. 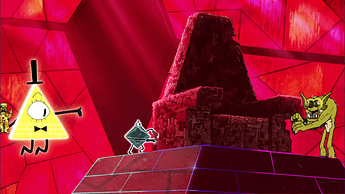 Purple Skill: Reality Is An Illusion
Bill Cipher will give himself X energy and X HP every time he crits an enemy.

(and all of you had done a great job too)

Any feedbacks are welcomed and I hope you liked it!

Sorry to be extremely nitpicky , but in the concept of dipper , he was in red team, so shouldn’t bill cipher also be in red team.

Changed Dipper to Blue team in his concept

I love this concept, including the memory disks and stats they give.