They should be fairly easy. Which enemies are you fighting against? And which heroes are you using?

I’m using Maleficent, Baymax, Morna, Violet and Bo Peep, the enemies I struggle against the most are usually bogo, Ralph and mr incredible

You need to work on stronger heroes. Like one-shotters or ones that deal constant damage, like Zurg or Mulan.

First of all, I am a guy. Second of all, please stop.

Ahh okay, will improve those heroes! Thank you!

They are level 200 and red 4 or above my heroes

Or, cheaper option, buy the items that can raid infected areas

Glad you are here to provide advice

Yeah, that’s what I was afraid of. Probably your best option for now, if you have time and a little stamina to spare, is to just keep attacking and failing; for every defeat (or retreat), the level of the enemies goes down by one, so eventually they’ll be weak enough to beat, even at R4. If you do see a diamond bundle for the antivirus items, you could buy some, but since PerBlue plans to stop making new reinfected areas with an upcoming patch (2.3, I think?), you probably won’t get to use many of them.

So you can buy these items without them being on the bundles? I.e they can be bought at any time? 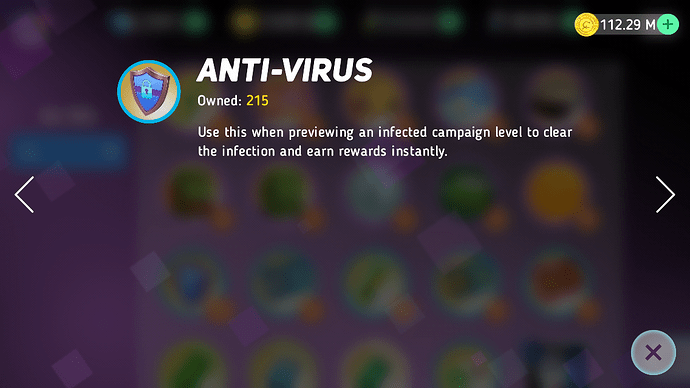 I don’t have any, and I can’t buy any either

is there a team that you use that works quite well against reinfected areas?

Any team with Zurg (with decent leveled red skill)

Clearing reinfected areas can be a pain and take a long time. I remember having to try different combos of heroes many times to clear them.

And the good news is it seems like reinfected areas are going away in a future update!

So after a future update you won’t get any new reinfected areas. Good luck!