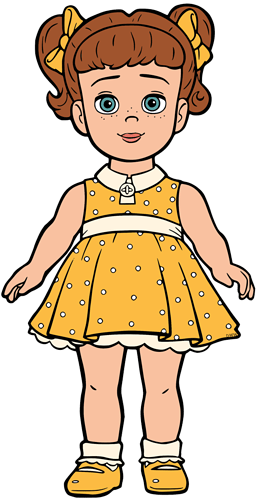 “Why you’re not a bother at all”

Entrance: Benson walks into the battlefield pushing a blue stroller with Gabby Gabby inside. Then, Benson stops at Gabby Gabby’s starting position and drops her off. Benson then walks away with the stroller

Victory: Gabby Gabby does a curtsy

K.O.: Gabby Gabby lifts up her left foot and then falls back 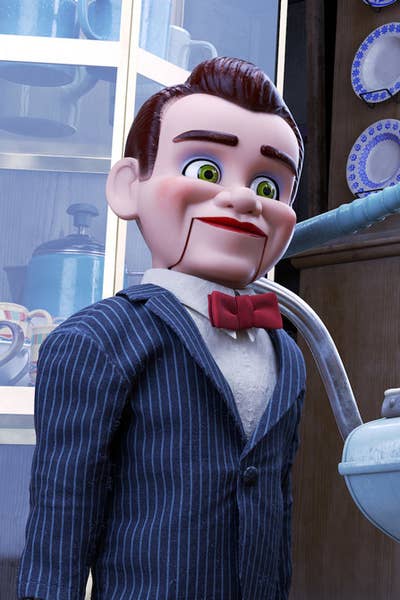 Fantastic Damage
Gabby Gabby calls forth her 3 other henchmen (who look like Benson, but with blue bowties), who run across the battlefield, trampling enemies, dealing Y damage, scaring them for 12 seconds

Fantastic Damage
Gabby Gabby takes out a teacup and drinks from it, granting all allies 150 energy. Then, she throws it at the furthermost enemy, dealing Y damage

Blue Skill: Toy’s Loyalty
Gabby Gabby redirects 15% of damage done to her allies to her. Gabby Gabby gains X armor and reality whenever she redirects damage to herself

This effect is reduced if the ally is above level Z

Fantastic Damage
At the beginning of every wave, Benson walks across the battlefield, pushing a blue stroller, dealing X damage to all enemies, pushing them back a bit as they are hit

Red Skill: The Art of Ventriloquism

Every time Gabby Gabby performs a basic attack, all enemies are scared for 7 seconds

If Gabby Gabby or an ally scares an enemy who is already scared, the enemy’s attack speed is slowed by 40% for 5 seconds

Nothing much. Have a great day!

I really like your concepts! There’s only one thing that I don’t understand well. Why do you have to put level limitations (such as the scare from Gabby Gabby’s white skill), if there are other variables (the damage dealt, in this case)?

if there are other variables (the damage dealt, in this case)?

Damage doesn’t really have a level cap. Only disables, debuffs, etc., but not damage

Insteaking but also not sure if they will be added.

They can be added. She is Pixar. So she qualifies