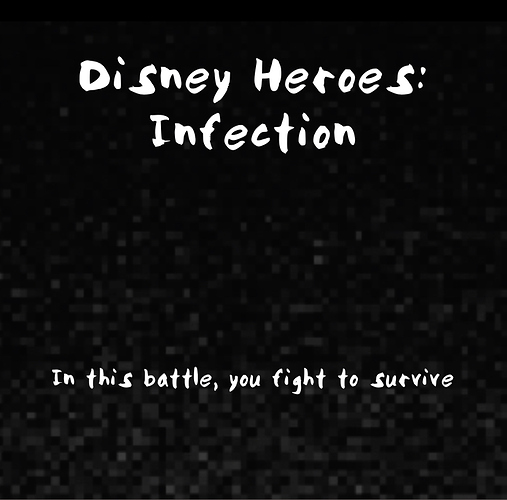 image828×815 191 KB
Hello! Welcome to a new story called “Disney Heroes: Infection”. In this story, well, read the name twice if you would like to find out the story.

I got the first few chapters down as of December, 19. But I’ll be uploading them every once in a while. Welcome to Infection.

First appearance: Chapter 1A
Note: Once someone is infected, they can’t be un-infected.
•
I am not currently accepting help in the story.

Cool! This is Awesome! I can’t wait to see the next chapter! Maybe include Nick? I think that would be cool

Everyone is appearing. Thanks again. I did this solo. With some grammar help from a couple of buds but thanks.

No prob! I can’t wait until chapter 2!

Chapter five to be released tomorrow!

Sideline story to be released tomorrow!

Sorry for the late release! I added the next sideline chapter! We now see who the new threat is and his power. Advisory! The silhouetted man gets very violent in this one