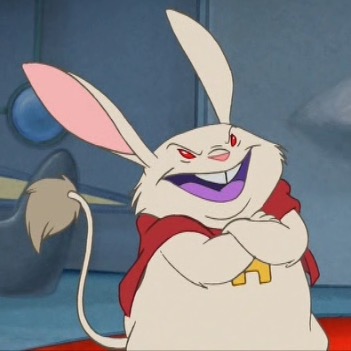 , Team Trials: Blue.
Quote: I am not gerbil-like, i am hamster-like!
Entrance: walks in, crossing his arms.
Victory: He lifts his fists in the air and jumps for joy.
Defeat: He makes a mad look and jumps up and down angrily.
Description: This hamster is a very villainous hamster, not a nice and cute one.
Basic Attack: Punches The Enemy.

White Skill: Hamster Wheel of Doom
Hämsterviel will roll a hamster wheel, dealing X damage to opponents in front of the wheel.

Remember to stay safe and have a good day!