This is my submission for @Grim_grinning_Ghost’s Spooky Concept Contest. 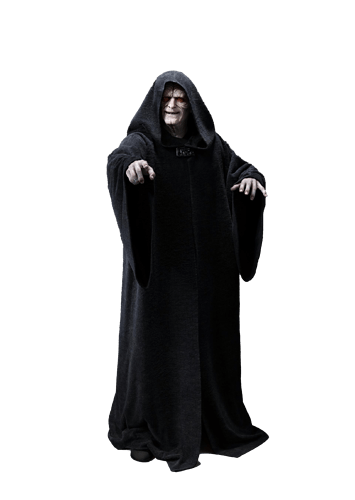 Emperor Palpatine uses his knowledge of the force to subdue his opponents through superior use of lightning.

“The dark side of the Force is a pathway to many abilities some consider to be unnatural.”

Fantastic Damage
Palpatine casts a dark aura over the enemy team which lasts for 12 seconds. The aura slows enemies by 30% and deals X damage per second.

Blue Skill: Electrocute
Palpatine sends a wave of lightning at the three closest enemies stunning them for 6 seconds and scaring them for 9 seconds.
The scare has a chance to fail against enemies above level X.

Purple Skill: No Mercy
Disables applied by Palpatine and allies last 50% longer on enemies below 60% of their Max HP.
Bonus disable duration has a chance to fail on enemies above level X.

He’s hideous! Like a zombie in a cloak. Nice job, anyway.

Sorry, I was rude.