This concept was requested by @Spooky_momo_LV 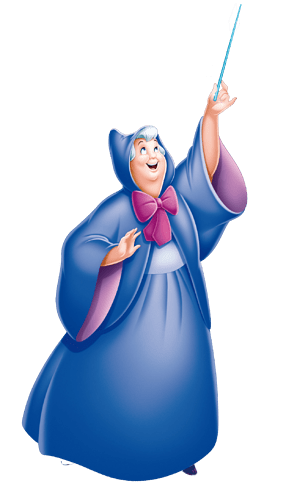 Armed with her magic wand, if she can find it, and the magic words, if she can remember them, Fairy Godmother works her magic to help those who have lost faith.

“Nonsense,child. If you’d lost all your faith, I couldn’t be here. And here I am.”

Basic Attack: Casts a spell from her wand.

Entrance: Fades into position then pulls her wand from nowhere.

Fairy Godmother casts a spell on the Most Wanted enemy, transforming them into a pumpkin and stunning them for 11 seconds. Enemies transformed into a pumpkin receive 50% more damage from melee attacks.

The extra damage is less effective against enemies above level X.

At the start of each wave, Fairy Godmother calls for a carriage. The carriage rides through enemies, dealing X Damage to all enemies and knocking them back.

After 30 seconds of combat if there are still enemies remaining, Fairy Godmother and her allies’ Attack is increased by 55% for the rest of the wave.

Red Skill: Thingamabob That Does The Job

I love this concept. Super creative. Love that you are kind of moving through Disney history with your concepts as well.

Also just curious if anyone understands the reasoning behind the QOH friendship.

Aren’t they models after each other

The same person voiced both characters.