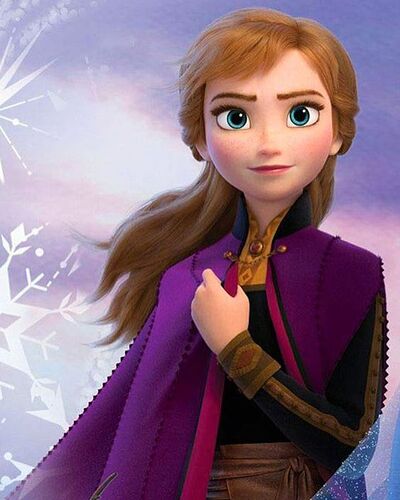 Description: Anna puts up a courage to help people from getting hurt and would take upon herself by using her ice sword to do the next right thing.

Basic Attack: Anna strikes an enemy with her ice sword.

Entrance: Anna glides into the battlefield with the ground of snow that disappear as she waves.

Victory: Anna jumps up in cheerful.

Defeat: Anna falls to the ground and begins to cry. 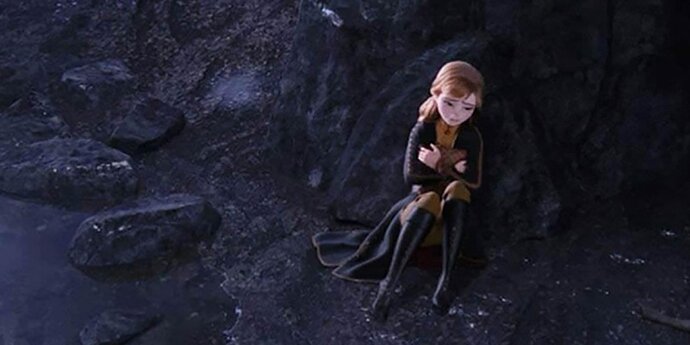 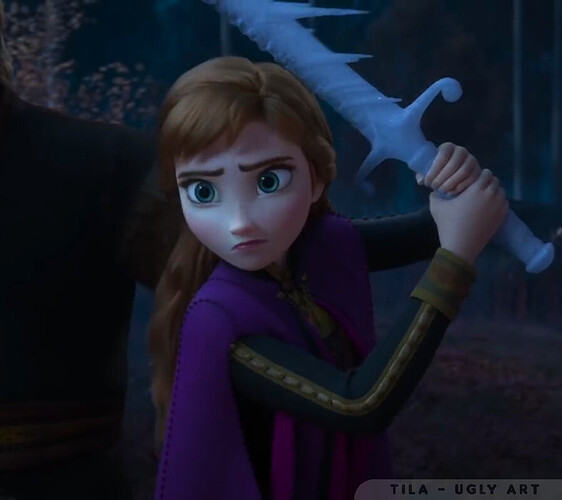 Fantastic Damage
Anna leaps onto the closest enemy and absorbs counters by striking them doubling with her ice sword dealing X damage and freezing enemies for 10 seconds. Anna will also grant her allies X basic damage and X skill power.

Fantastic Damage
Whenever a enemy tries to attack Anna at a close range, She grabs them by the hand and punched it very hard dealing X damage which gets knockback and stunning them for 6 seconds.

When an ally is about to be KO’d, Anna leaps onto her ally and sacrifice herself by turning into a frozen statue for 7 seconds until she loses her energy, when the enemy is about to attack frozen Anna, she creates X armor and reality, after that Anna returns herself and heals her allies X HP.

Purple: Nothing’s In My Way
Anna is now immune to debuffs.
Allies gain X Basic Damage every time they studied an enemy.
Debuffs may fail against debuffs from enemies above level X.

Red: The Next Right Thing
Anna’s Basic Attack will increases attack speed and skill power by 25% for 12 seconds. Anna steals X reality from the closest enemy she stunned in “Biggest Punched.”

Anna/Launchpad Mcquack
Awkward Situation
Allies: Ian Lightfoot, Frozone, Timon & Pumbaa
Disk Name: Royal Pilot
Buffs When Damaging Studied Enemies
Story: Anna hangs out with Launchpad at the City Carnval and teaches him to be super careful from getting into clumsiness. 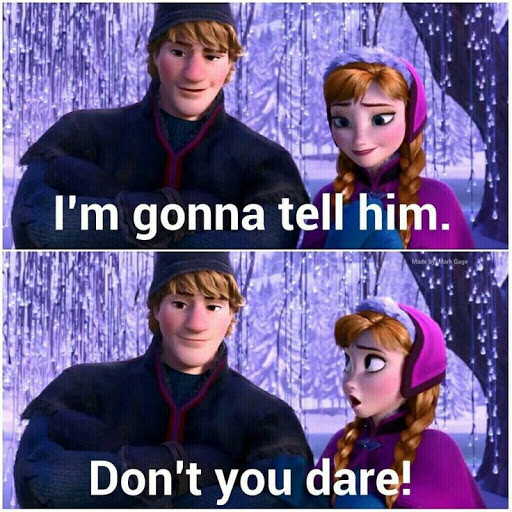 scrolled fast through the concept to the comment. This went by so fast it looked animated XD

I do not really think that Anna is a candidate for being Tank, any other of the categories could fit her. Her skills make her more Support, as in:

Anna leaps onto her ally and sacrifice herself by turning into a frozen statue for 7 seconds… and heals her allies X HP.

Great job just for trying to think outside the box

As stated before, do you mean “her” and not “their”?

Anna is now immune to debuffs.
Allies gain X Basic Damage every time they studied an enemy.
Debuffs may fail against debuffs from enemies above level X.

This is stronger than Mad Hatter’s purple skill; that might be a problem.

Anna’s Basic Attack will increases attack speed and skill power by 25% for 12 seconds.

This is pretty strong because Anna can constantly land her basic attacks and thus gain this attack speed permanently.

This concept is good, but it can be better. (meme intended)

So should fix it then too make it better?

I see that she can be a support but I would say Anna is more of a control or damage using the spirits to inflict debuffs or damage against the enemies but support is fine but the frozen characters already have a strong support (Kristof and Sven) so, I feel like Anna isn’t that necessary to be a support. Also Olaf is more of a support tank like Felix so I didn’t really think another support character was necessary. Also, I agree about the skills being more of support skills.

Edit: just added some image and gifs to see how it perfectly turns of the skillset.

I agree too. I want Anna to be added too. I think Sacrifice for love should be her purple skill but it’s my opinion other than that everything else is neat But I hope she gets added