Description: This lazy cat can chow down on some delicious lasagna and keep his head in the game at the same time. 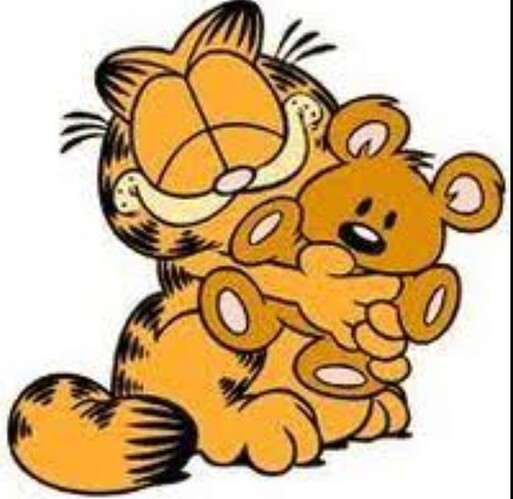 “Garfield: Love Me, Feed Me, Never Leave Me.”

Entrance: Garfield will walk in slowly with Pooky Bear in his arms.

(Garfield will say a rude comeback at the farthest Opponent stunning them for 7 seconds and dealing 5600 normal damage.)

Purple Skill: Cat of one Trade

(Cocky Demeanor will now damage and stun two opponents. The damage is increased to 15600 normal damage.)

John and Garfield run into each other which starts a huge verbal fight.

Garfield attempts to trap Mickey while Mickey tries to explain himself

A Shield is spawned when Garfield Hugs Pooky Bear