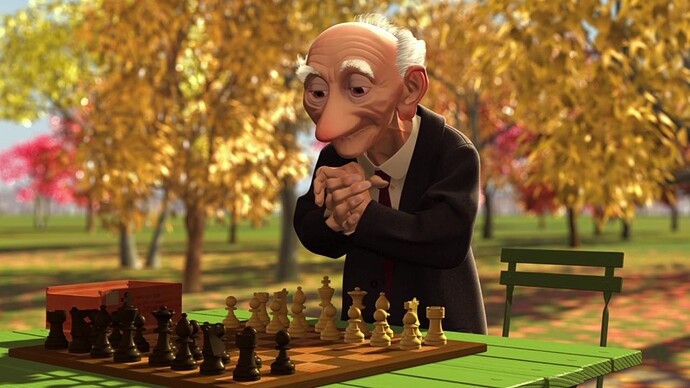 Passive: Geri’s gets immune to Knock back

Active: Geri pulls Rook Chess forward, dealing x Normal Damage, knock back and lose X Armor to all enemies. If this skill is use again, he pulls Brook Chess back, they will be Knock forward instead of Knock back

Geri uses Knight Chess, dealing x Normal Damage to enemy with the most Skill Power and stunning for 8 seconds.

Once per wave, when Geri reaches 0 HP, he pretends to be dead, healing X HP. Then, he immediately rotates the chessboard. Knockback all enemies in different directions depending on their Role.

Geri gain X Skill Power every time he does Basic Damage and Skill.

After using “Unfair Player”, the cooldown for “Knight Chess” and “Bishop Chess” is reset and he gains 1000 Energy.

The cooldown reset and energy gain has a chance to fail on him above level X.

IS CHARGED IN BATTLE WHEN:

Stun is applied to 3 enemies

I loved this short when I was little! But there are some typos:

This piece is a rook.

This should be rotates.

This needs to be gains.

This should be pushes.
But typos aside, good work!