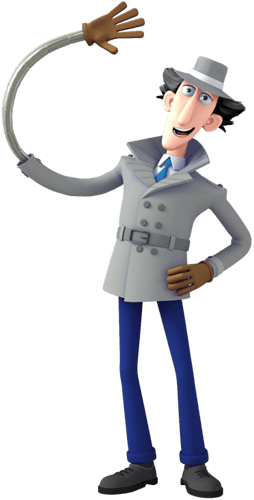 , Support, Midline.
Team Trials: Blue.
Quote: Wowsers!
Bio: This gadget detective can stop M.A.D, but he can also take a break sometimes and battle someone different.
Entrance: Inspector Gadget flies in from above. (May change when disk 1 is unlocked.)
Victory:

White Skill: Go-Go Gadget Hammer.
Inspector Gadget will use a hammer to hit an enemy on the head, dealing X damage and stunning for Y seconds.

Blue Skill: Go-Go Gadget Protection Armor.
Inspector Gadget will give himself a shield that lasts for Y seconds long.

Red Skill: Study’s Show That…
Whenever Inspector Gadget studies an enemy, he will gain a shield that lasts for 3 seconds.

If you enjoyed this somehow, that’s good.