Required Level: 60 and above (which is possible to earn the disk for Calhoun-Violet)
Nick: Max or well upgraded skills
Sulley: Likewise
Calhoun: Equipped with Violet disk.

No matter the difficulty of the City Watch, rhere is indeed a golden setup of breezing through all parts. As of the current updates of the game, your setup consists of three main heroes - Nick, Sulley, Calhoun with Violet disk. Here is the example: 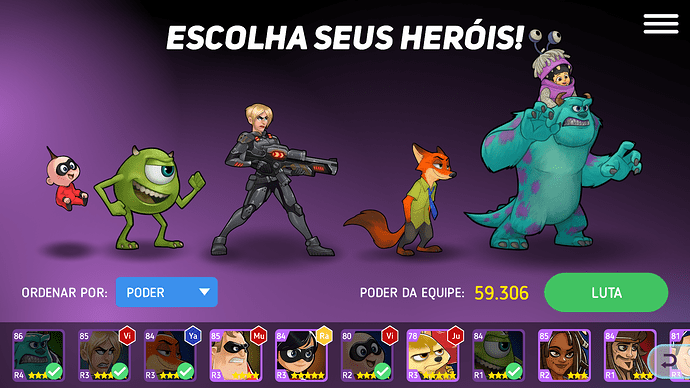 As usual, train three main and two fav heroes to their best. Since there are multiple ways for two remaining slots, I am going to leave this for the players to desirably choose.

For the first few rounds, refill the energy while beating the weak teams down. Do NOT waste them since you are going to encounter more difficult teams.

In the beginning of City Watch, use Nick’s special attack since its increased power is retained until after five rounds. Complement that with Sulley in the following order: Sulley and then Nick (at the same time at the start of the battle).

If Sulley has at most 80% of energy, and you have other strong damage heroes’ energies fully filled, use that with Nick’s attack. Do so before Nick’s crowd of hamsters approach toward the enemies, so Nick gains back energy high up quickly.

Most importantly, make sure your heroes’ energies are well filled before each battle. Once you get used to this, it should take about 10-20 minutes to complete highest difficult City Watch.

Do not forget to switch between heroes if your top team is not capable of keeping important heroes since this can make a difference! 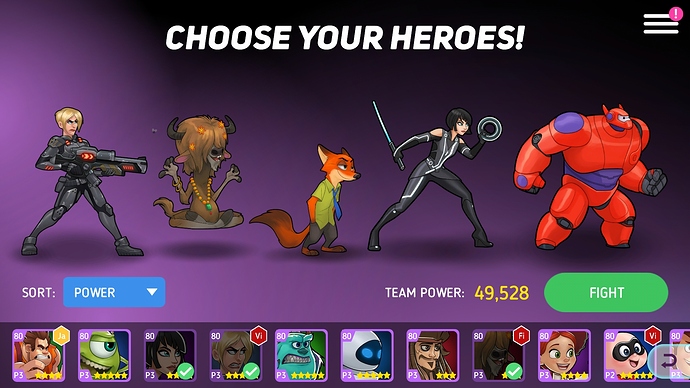 If you know how to use Quorra correctly you could beat any level in city watch.

You use first 5 levels to just get Nick’s lemmings up to 5 then its use Quorra’s ability right as she hits last enemy on light cycle before she leaves other side of screen. Use Nick’s Lemmings and all should be dead. Calhoun is there for shield and mop up if Sulley happens to survive the onslaught

That’s so close to my set-up. I have Felix instead of Yax

Once you get sulley/woody disk it will heal at the end of each battle. So then calhoun wall e quorra nick and sulley will be the best setup ever

This is my team for the fifth area, since 10 days I use it and I always pass CW, even if the enemy levels are +160.
My Nick is max skills but only 3*, although he works well. 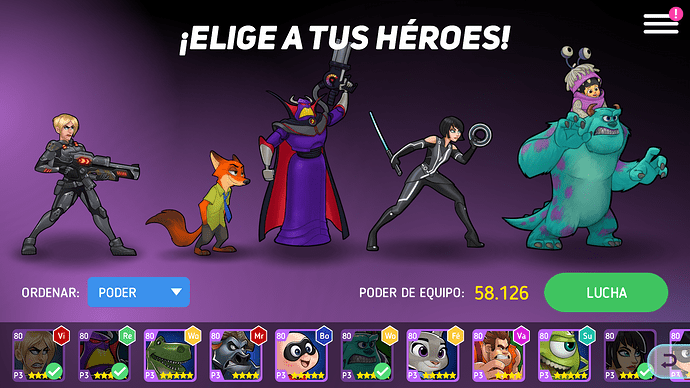 What do you mean, using quorra correctly, just want to learn

You can stop Quorra midway during her bike ride. If she has full energy you can activate it before she passes through the screen. This enables her to damage every enemy team and target the mid or back heroes. However, you have to time it well.

Great setup, Ranci. But if you have Yax’s energy refilled, he becomes an optional hero. To me, I believe you can switch that to WALL-E since he does best in refilling energy with some heroes energy leftovers.

If you have the massive HP shield, then you will not need to seriously rely on Yax since he is only there to heal HP for heroes likely to be KO-ed.

The reason why I chose Sulley is obviously that his ability opens the fantastic damage multiplier for Nick and other fantastic-damage heroes.

I’ve used the Sulley/Nick combo and it’s a godsend, but I’ve noticed that the high level creeps in City Watch aren’t affected by fear because their level is beyond the success limit of the skill (level 80 and level 85 since cap increase). What’s your strategy on dealing with that? So far the best I’ve done is brute forcing my way through the last region by weakening the creep team with weaker team builds before bombing them with my strong builds.