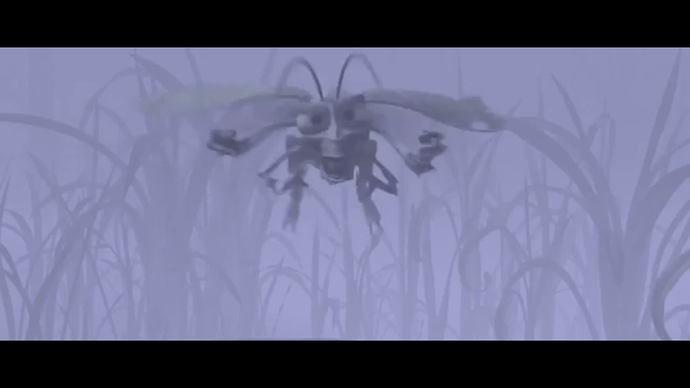 Info: The most savage grasshopper ravages around the battlefield and thrashes his hapless enemies who are foolish enough to defeat him.
Rarity: 2 Stars
Role: Damage
Position Front
Trial Team: Red

Quote: They call him “Thumper,” because he thumps things and people who gets in his way, so beware of that crazy grasshopper.
Since he didn’t talk, I just made a description about him that counts as a quote.

Entrance: Thumper leaps into his position and snarls at his enemies.
Victory: Thumper roars victoriously.
KO: Thumper gets knocked out. (If he promotes to Purple, he recovers himself.)
Basic: Thumper punches or claws his foe two times.

Active: Thumper pounces at front of enemy team, knocking them back, dealing X True Damage nearby and gaining 200% attack and movement speed and 100% Armor until he runs out of energy.

Thumper knocks back his closest enemy so far with a strong staggering kick, which also knocks back another enemy if they are hit by them, dealing X Normal Damage.

Once per battle, when Thumper’s HP drops below 50%, he becomes Frenzied for the rest of the battle, gaining X Tenacity and X Armor, and has 50% chance to dodge incoming attacks.

These effects are less effective if attacked by enemies higher than level X.

Thumper gains 20% Basic Damage for each defeated enemy for the rest of the wave. Also, the first time in battle Thumper’s HP reaches 0, he revives and recovers himself with X HP. After reviving, he becomes invincible for 5 seconds.

All his attacks ignore Armor and Normal Immunity.

These effects are less effective against enemies higher than level X.

Campaign Story Summary: Hopper is infuriated by Vanellope, Huey, Dewey, and Louie for pranking him. He calls Thumper to hunt those mischievous kids down to get his revenge.

Campaign Story Summary: Scar and Thumper are looking something to eat around the City. But until then, the creeps interrupt them by invading many food markets, bakeries, and restaurants. 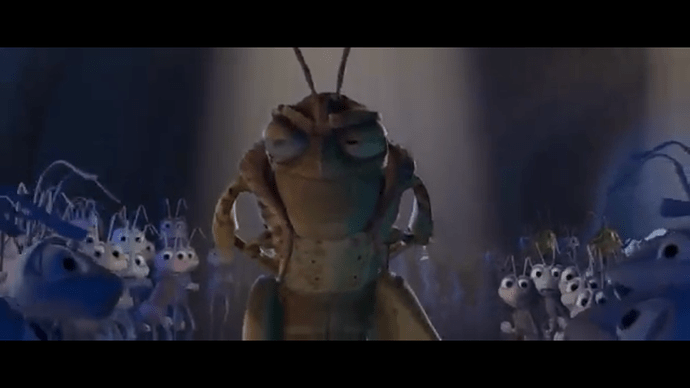 Info: When this grasshopper grows impatient with hunger, Hopper rallies his grasshopper gang to retaliate his attackers who gets in his way.
Rarity: 3 Stars
Role: Tank
Position Front
Trial Team: Red

Quote: “It’s a bug-eat-bug world out there, princess, one of those circle-of-life kind of things.”

Passive: When Hopper’s HP drops below 50%, he gets Hangry until he is fully healed, healing himself equal to 100% of damage dealt and gaining X Basic damage.

Active: Hopper call out 4 grasshoppers, then they, including himself, ram at random enemies, dealing X Normal Damage for each enemy hit. He can summon 1 additional grasshopper for each 15% of his HP dropped.

Every fourth time Hopper gets damaged by nearby enemies, he backhands the closest enemy, knocking them back and dealing X Normal Damage.

Every time Hopper uses his basic attack while he is Hangry, he gains 100 energy.

When Hopper heals himself up to 50%, he gains 3 stacks of Hardy if he doesn’t have it, which blocks a debuff from being applied once per stack consumed.

Hopper increases 20% attack speed and Armor Negation (stacking) for each debuff applied on him.

When Hopper gets Hangry, he also heals all allies equal to damage dealt.

This heal is less effective on allies higher than level X.

Campaign Story Summary: An unfriendly gang of grasshoppers arrives in the restaurant to dine in. Since Hopper and his posse are picky, Linguini, intimidated by their harsh behavior, calls Colette and Remy’s mice friends for help to handle tough situations and speed up the progress.

Campaign Story Summary: Hopper and his gang collaborated with Hades to take over the City. But first, they must concoct a master plan for jailbreak of other villains to defeat the heroes. 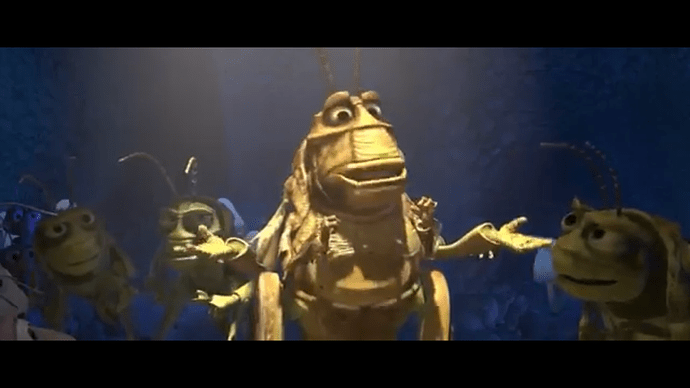 Info: Molt always sheds his flaky skin, so he uses it as a decoy to provide cover for allies, then he overpowers his enemies with his gluttonous habit.
Rarity: 1 Star
Role: Control
Position: Mid
Trial Team: Red

Quote: “And the birds eat the grasshoppers. Hey, like that one that nearly ate you, you ‘member? You ‘mem- Oh, you shoulda seen it, okay? This blue jay has him halfway down his throat, okay? And Hopper- Hopper’s kickin’ and screamin’, okay? And I’m scared, okay, I’m not goin’ anywhere near, okay?”

Entrance: Molt walks to his position, finishing eating his food, then he belches.
Victory: Molt devours his food from all his hands and belches, slapping his belly.
KO: Molt literally jumps out of his skin.
Basic: Molt throws a berry at an enemy.

Passive: When Molt gets KO’d, he immediately sheds his skin, placed in the allied frontline.

Active: Molt sheds his skin to cleanse himself from enemy negative status effects, then place it in the allied frontline with X HP and 75% of Molt’s Armor that redirects 50% of all damage to nearby allies to itself.

Molt can only have one shed skin at a time.

This damage redirection effect is reduced against enemies above higher level.

Molt eats a berry, healing himself for X HP, and gains 3 stacks of Hardy, which blocks debuffs from being applied once per stack consumed.

Molt flies and charges across the battlefield, knocking all enemies back, reducing X Basic damage from them for 7 seconds, and dealing X Normal Damage.

If Molt has greater Max HP than enemies, they also get stunned for 3 seconds.

Every time Molt uses “Skin Decoy”, he gains X Armor for the rest of the wave. He can gain that maximum amount of Armor

“Grab a Bite” increases X Molt’s Max HP for the rest of the wave.

Molt’s shed skin grants nearby allies Armor and Basic Damage equal to 50% of his Max HP.

These buffs are reduced from allies higher than level X.

Vice President of the Gang

Campaign Story Summary: While the grasshopper gang is searching for food and home in the City, Molt finds his ways to impress Hopper to become a second-in-command.