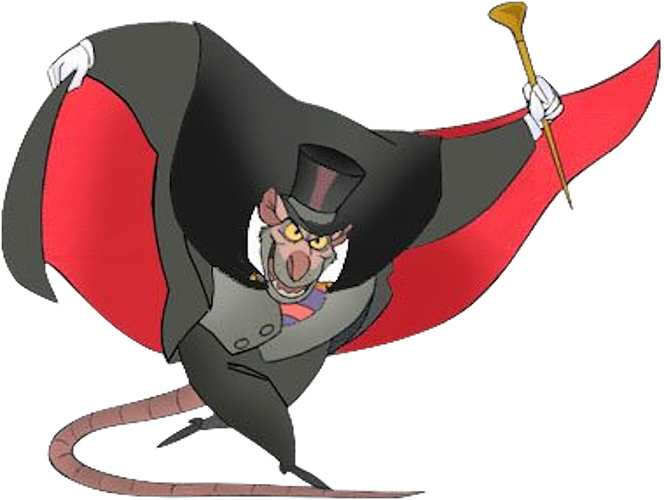 Victory: Ratigan put on his royal vest, laughing at the enemies.

Defeat: Ratigan put his hands on his face for the desperation.

Ratigan rings his bell to call Felicia, which pounces on the nearest enemies, pushing them back and dealing X damage, plus a percentage of enemy max hp if she deals damage to studied enemy. 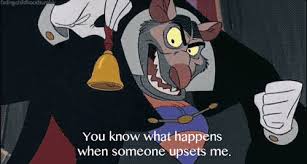 Fidget sneakily steals X armor for 8 seconds from the enemy with the highest armor amount and give it to Ratigan for the same duration.

When Ratigan life felt above 30%, his first basic attack deals bonus damage based on a percentage of enemy missing life and healing himself for the same amount.

This effect could be triggered once every 10 seconds, and the damage is lower if this ability is applied to an enemy which is above level Y .

Every time an enemy’s armor is reduced, Ratigan great intelligence let him study this enemy for 8 seconds.

This effect could not be applied to enemies above level Y .

Enemies damaged by Felicia or by “Savage Rage” are wounded, reducing their movement and attack speed for 8 seconds.

Friendship with Scar: “Bat vs Hyenas”

Friendship with Gaston: “Reaching the Top”

I hope you like it, and I’ll wait for your suggestions if you had someone to improving it