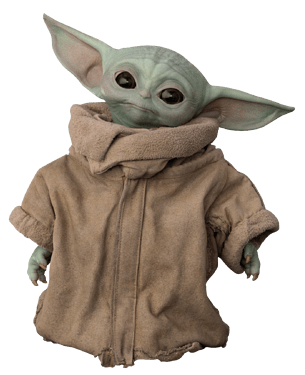 The Child1408×1728 2.58 MB
The Child uses his connection to the force to keep his enemies from harming his allies. Exhausting as it may be he will always help when possible.

Basic Attack: Smiles healing himself and his weakest ally

Entrance: The Child’s hover pod floats to position before opening revealing The Child

Victory: Smiles and cocks his head to the side

Defeat: Closes the hover pod as it goes shooting off backwards

White Skill: Tiring Telekinesis
Passive: Instead of a standard basic attack, The Child smiles healing himself and his weakest ally for X HP. The child cannot be pulled or knocked back and while The Child has a debuff he receives 75% less damage from all sources.

Active: The Child holds the closest enemy in place for 8 seconds preventing them from moving or using skills. While holding the enemy in place The Child cannot use other skills but heals himself and the weakest ally for X HP every second. When The Child releases the enemy he is exhausted gaining 1 stack of Fatigue and his attack speed is slowed by 10% for 3 seconds.
This skill cannot be avoided or reduced by evasion, tenacity, or dodges.

Fantastic Damage
The Child uses the force to choke the enemy who last attacked him dealing X damage per second for 5 seconds and applying 3 stacks of Fatigue to them.

Blue Skill: Force Reflection
The Child applies Reflect to the weakest ally for 4 seconds.
Heroes with Reflect return 50% of damage dealt to them back at the enemy who dealt the damage.
The duration of Reflect is reduced on allies above level X.

Purple Skill: Force Cleanse
Once every 5 seconds The Child can remove a D.O.T effect from himself or an ally healing them for X HP and granting them invincibility for 2 seconds.

Red Skill: Precious Cargo
Allies healed by The Child are Energised until the healed HP is removed via damage.
The Child gains X Max HP each time he uses Tiring Telekinesis. He carries 50% of this buff between waves.
+X Damage per second from Choke Protection
+X Reality
+X Skill Power

The Child and Jack-Jack
Allies with Reflect charm enemies

The Child and Stitch
Start combat with hardy

Update: Now that we know The Child’s name to be Grogu I’ve changed the title of the concept.

I am still calling him Baby Yoda.