Have lots of heroes, requesting advice!

I’m fairly new here, joined server 5 as was first Australian server I saw. Anyway I bought crates and have unlocked the below heroes. I can’t find a list on which I should work on and which ones I should leave alone basically. Prob work on getting most to blue gear just in case, but are there any I should really focus on? For example, arena team?

Even though just joined a couple of days ago, top arena teams is like 59k power… Maybe I should have joined the latest server lol. Too late to switch now… Will appreciate any advice on what to work on.

Out of those listed, in order of priority I’d work on:

The rest would come after that.

So many to work on. Sucks in a way.

Saw this link . What about Hercules as tank? He’s listed In S category. 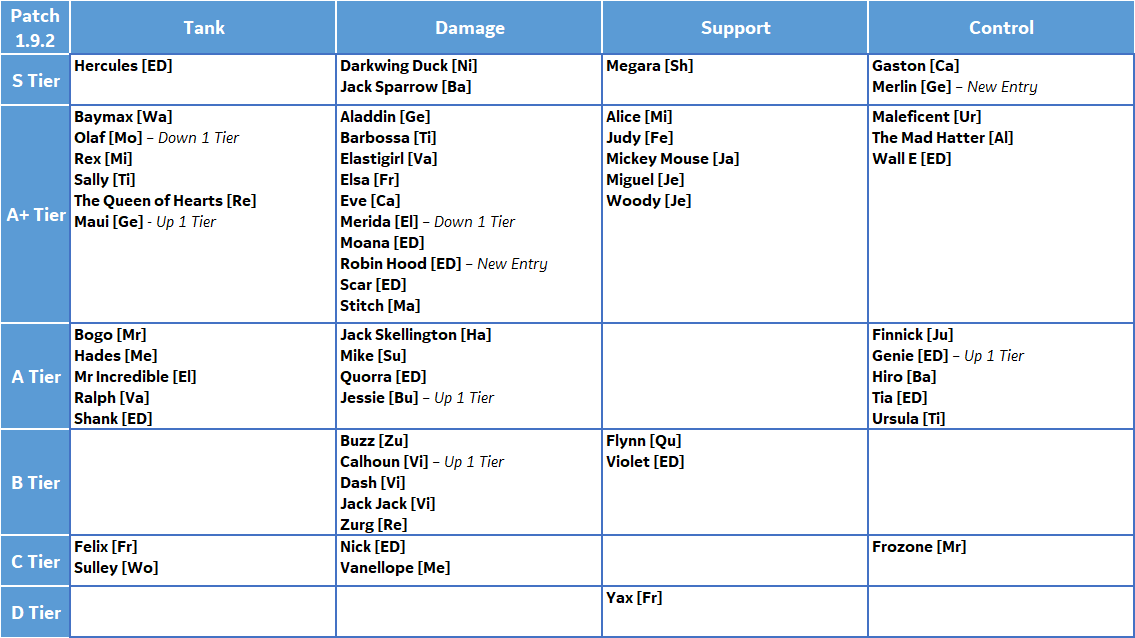 Based on that picture list, I would use Hercules, scar, Megara, Gaston, and whatever for last depending on role.

With above suggestions, it’s nearly work on all of them still anyway lol. Lots of work to do

This is the most recent one for S5 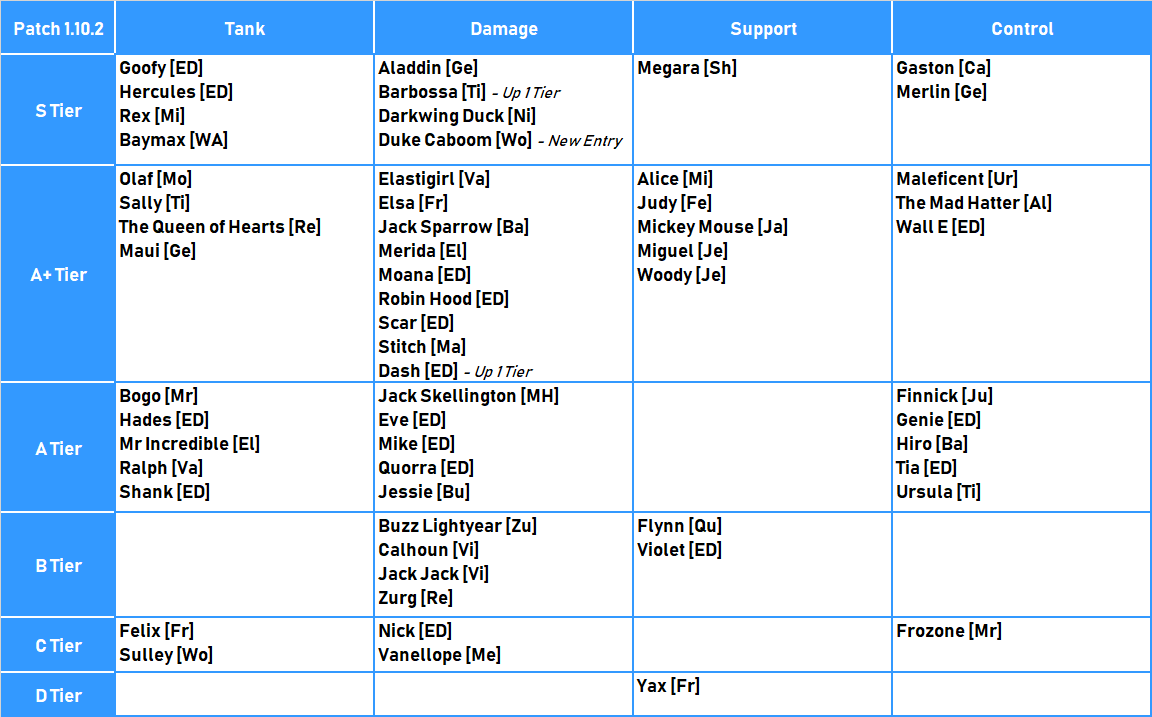 I wouldn’t take those as absolute gospel, though - the meta changes every update, with new heroes etc. being released and different mechanics becomign more important - a nicely balanced team with good synergy will often be better than just stuffing 5 S tier heroes into a lineup. There’s also no rule to say you need just 1 of each hero type!

In my suggestions I’ve also taken into account heroes that are useful for PVE (ie. having a strong Nick is a huge help in the early stages of the game to get through City Watch), and heroes like Buzz really excel at Invasion.

But yeah, you’ll have a lot to work on

Actually before I got crates, I actually finished city watch today already, all missions. That’s with my starter heroes, Ursula, and Felix. And bought 1 from guild. I presume it gets harder though lol.

It will get harder progressively with your power - it bases it’s teams on Arena teams matching a power multiplier of your own top 5.

At your current power most arena teams won’t use all the ‘meta’ heroes as such, so will probably be pretty easy - it does get much harder once you have endless Gastons, Scars, Goofy etc. to deal with

You’ll want to move up through the difficulties as quickly as possible though, and Nick is the best way to do that

Use whatever heroes you like, enjoy the game… Just remember to upgrade their skills though😜

I like stitch obviously. He can get really strong

Yes My main is listed S lol DarkWing is the best

Moana, Stitch, Merida, and Violet can be very strong when you work on them. I use violet and stitch and Moana all the time and I’m working on Merida

Focus on newest available heroes and you will be fine

Slight problem with this team, it is all frontliners, excepf for Merlin.

I would drop Rafiki and add maybe Megara or some thing…

Shank is a very underrated hero. She’s my main tank on my arena team. Very bulky and hard to take down due to damage negation and ridiculous armor as well as brutal damage output with her 3 hit basic attack. Her reality isn’t anything to laugh at either. I suggest you at least give her a shot.