It is really disappointing to see this is still an issue.

So many updates have happened since heist started, and this remains unaddressed.

But I guess this doesn’t make them money like Challenges etc does it? So it’s low priority.

Looking again for an update on this issue…

Great game mode you guys have created, but it just sucks so bad when you have people creating a heist with no intention of participating… AND THEN THEY FRIGGIN GET PAID FOR IT. Holy hell it’s frustrating. What’s worse is that their actions hurt the players actually trying to achieve the objective.

Let people raid it for a lesser reward, then half the people won’t be there. Let active players kick inactive ones with only two votes required, and you remove the other half of the problem. Up the rewards for participating actions. A good defence should also give a little more coin for that defending character, so people don’t feel like they’re missing out by defending.

A little report card at the end of the heist with some stats would be a good little thing, showing most investigations, most battles, most defences and the player rank against the other 4 players.

Please give a penalty or punishment to someone who left heist, its always happen in medium or hard heist, very dissapointed when u cant win the heist because ur team left… much player just join and post weak heroes and then left…

We really need serious solution about this.
Everyday i do heist, everyday i meet afk players too.

Maybe we could use something like report afk player, or banned solution 'cause there too many player who caused disadvantages

Not sure why “multiple people” have flagged my post as spam… if people disagree with what i’ve said, i’d like to hear why.

I’d like to have it unflagged if possible, if someone with powers can please review.

You are right @SuperTed_II. I am concerned the new heist kick fix will create a mess (now everyone will be creating their own heists to be able to kick instead of joining someone else’s), but I got all kinds of haters to my original post, so, I guess we’ll just find out if the kick fix helps or not. I’m with you though, there is a great potential for abuse.

I agree there is huge potential for abuse, I’m not convinced this is the right solution; for now you’ll have to host heists yourself if going public. But I am concerned that players will be afraid to join public heists with people they don’t know…as they risk getting kicked.

I am not a fan of this as I’ve stated all along, I would have much preferred the reward system being restructured to give more rewards for defending - as least then the AFK’s will be motivated to provide some assistance.

Looks like I’ll just stick to heisting with trusted friends and guild mates.

I know a kick option has been the popular request, but doesn’t mean it’s the best solution.

What about this? I met alot of heist like this. The room maker afk. Doing nothing even not moving at all from initial location.

This is my bad experience playing in heist. 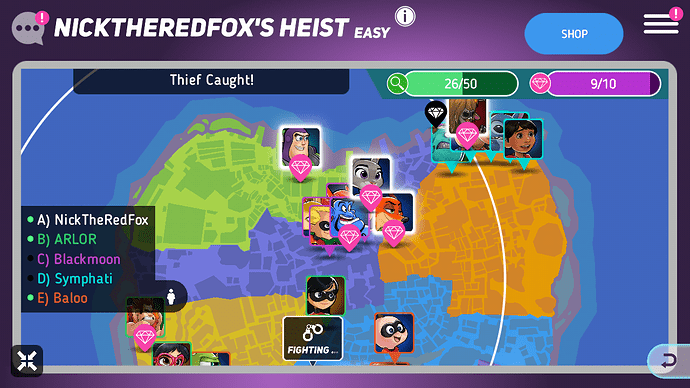 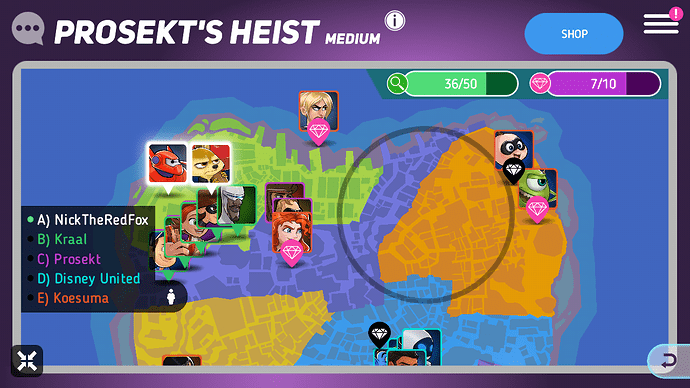 I noticed you can back out of Heist as it’s still going and go about other things as the Heist continues to go on; an option that should be removed. I suspect a number of people do it since I’ve joined a number of matches with characters that sat there doing nothing. Once you join a Heist, you should be locked in until completion. People might participate if the only alternative is being forced to watch the entire Heist.

Doesn’t stop you from closing the game. Players can be kick in-heist now anyway. But it’s created a new issue of people starting heists and going afk so they can’t be kicked

Itd be cool if everyone could vote to kick. 1 leader or 2 players result in boot. I’m sure it’s not that simple a change as they’d need to code logic for who takes over as leader when the leader is booted, but be worth it.
Sucks when its compounded, you get a player who is AFK who the leader cant boot because he isn’t there either

if the leader goes afk, just leave the heist. You still keep your heist opportunity.